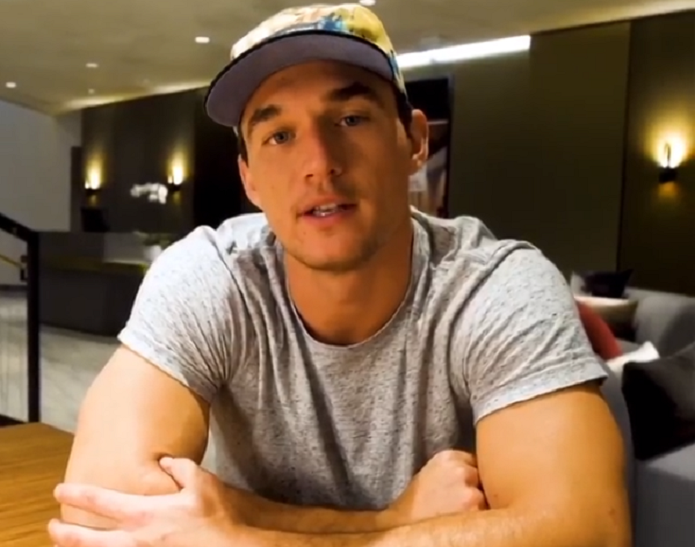 Tyler Cameron wants to move on from his past. These days, he’s known for who he dates. He was also known for winning over Hannah Brown’s heart on Season 15 of the ABC dating series, The Bachelorette. Now, none of that matters since he wants to focus on himself.

Cameron also appreciates its if his fans focused more on him. As evidenced by his Instagram account, he’s using his platform to do some good. He recently partnered up with Dos Toros to address food insecurity in communities across the country. He’s also focused on his diet and fitness.

Cameron removed all traces of his ex-girlfriend from his Instagram account, according to a report via Page Six. He ended up second on the reality series. But Brown ended up giving her final rose to singer-songwriter Jed Wyatt. Brown and Wyatt ended their relationship over the summer.

Giving everyone buckets in my @poloralphlauren briefs. Who’s up next?? #Poloessentials #ad

Cameron has been linked to many famous women, including Kylie Jenner’s best friend Anastasia “Stassie” Karanikolaou. He famously dated model Gigi Hadid on several occasions throughout the summer. Despite their numerous sightings, Cameron insisted that the two were “just friends.” The two have since remained friends. But Cameron wants nothing to do with Brown.

As previously reported via TV Shows Ace, Cameron also called it quits with Karanikolaou. Their short-lived relationship ended since it wasn’t heading anywhere. An insider told People that there wasn’t any “drama” with their split. They just didn’t see a “future” in their relationship. Cameron just wants to date around and have fun at the moment.

“Tyler is no longer hanging out with Stassie,” the source added. “Their fling ran its course and fizzled out. There was no anger or hard feelings – Tyler is no drama. There just wasn’t a future there.”

Feeling cute in my @danielwellington watch. Use my code TYLER for 15% off on the website and in DW stores to get your fam something nice this holiday season. + @danielwellington has all the Black Friday deals with 50% off select styles or a free accessory with any watch purchase 🙌. #danielwellington #DWforeveryone #ad

He was spotted with the blonde beauty last month in Los Angeles. The two were photographed on a group date with Kendall and Kylie Jenner where they couldn’t keep their hands off each other. Ever though Cameron has since moved to New York, he returned to L.A. to make an appearance at the Jumanji: The Next Level premiere on Monday night.

Reality star wants to focus on himself

It turns out that the 26-year-old wants to focus on himself. He doesn’t want to focus on his Bachelorette past or his famous exes. Cameron was also spotted at LAX on Monday afternoon when he was hit with questions about his dating life. But he wasn’t interested in talking about it. The model revealed to TMZ that he’s just trying to figure out what to do with his life. He also wished Peter Weber good luck on the new season of Bachelor.

What are your thoughts on Tyler Cameron removing all traces of Hannah Brown from his Instagram account? Do you think it was a good idea? Sound off below in the comments section.

Check back with TV Shows Ace for more news on Bachelor Nation.