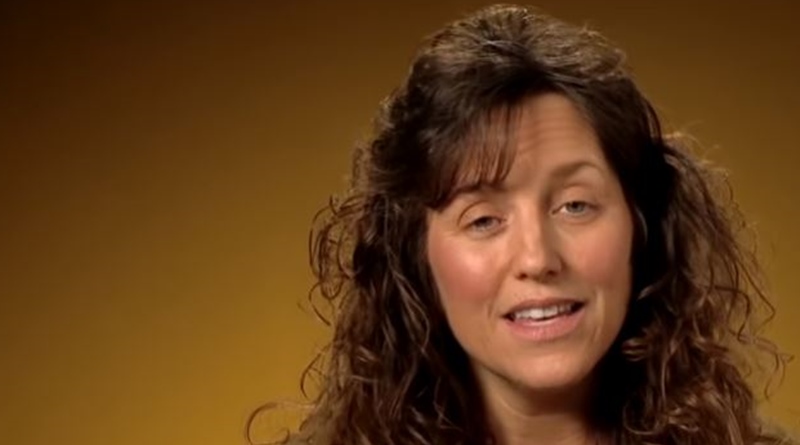 Michelle Duggar’s been on Counting On and 19 Kids and Counting for well over a decade now. Some fans who started watching the show as kids grew up and have their own kids. And, in all that time, she stuck with the same hairstyle. In 2012, she got rid of the curls briefly and startled Jim Bib with a straight look. But, soon she went back to that unnaturally curly look. And, probably, she won’t change it, ever.

Michelle Duggar’s getting on now, but don’t expect her hairstyle to change

Now in her 50s, Michelle’s a grandmother more than just once over. In fact, we reported that she’s having some trouble remembering who’s pregnant and who isn’t these days. But, it’s not likely she’ll get her hair trimmed down into a bob as so many women in that age group do. Probably, she’ll keep on training and struggling to get her naturally straight hair into curls for the rest of her days. Even if it means charring the ends to death.

Cheatsheet wondered why on earth Michelle Duggar retains a style that came out of the modern-day ark. And, it’s interesting to see that she probably doesn’t keep her hair curly and long just because she loves the style. According to the outlet, it’s because Jim Bob wants it long and curly. Sometimes we hear about teens who cut their hair short and their parents freaked. But, it’s becoming rarer these days. After all, women are thinking, independent people in the 2000s, better able to make decisions for themselves. But, not if you’re a Duggar, it seems.

Back in 2012, in a rare display of self-interest, Michelle got her hair straightened. It was such an eventful thing that People covered the story. Yep, someone straightened their hair and it made it into a leading tabloid. The great happening came after “40 years” of the same look, she told the outlet. It was all a part of a “birthday surprise” and yes, Jim Bob was mightily surprised, it seems But, Michelle said he grew to like it as well. However, soon she reverted to the same old look and it’s pretty much remained the same ever since.

Michelle Duggar said to the outlet, “what he likes is what I want.”  We can assume then, that Jim Bob wants her to wear her hair in long curly tresses with the fluffy set of bangs up front. But, it might not even be about what Jim Bob wants. Rather, it seems the suitable look for women came from the peoples of The Institute of Basic Life Principles, (IBLP). If you don’t know, it’s all a part of the church they belong to. The prior disgraced leader, Bill Gothard, came up with loads of regulations on females. And, how they wear their hair’s one of those rules.

So, don’t expect Michelle to dump her hairstyle soon, if ever. And, you’ll notice that applies to all the daughters and in-laws in the family as well. We see some of the daughters leaving off the curls, but they all keep their hair long. What do you think about it? Could you live with a fifty-something hairstyle all your life? How would you feel if your partner dictated how you should wear your hair? Sound off your thoughts in the comments below.

Remember to check back with TV Shows Ace often for more news about the cast of Counting On and their matriarch, Michelle Duggar.