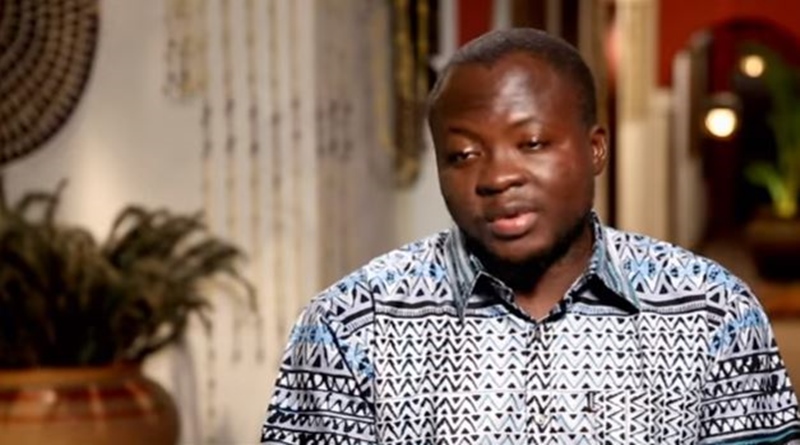 90 Day Fiance Season 7 brought back Angela Deem and Michael Ilesanmi again. We saw them on Sunday, and Angela stressed as Michael wasn’t taking his K-1 Visa questions seriously. But now, a former member suggests Angela was right to stress. They dropped a major spoiler saying that his visa actually got denied.

90 Day Fiance fans angry that Angela Deem and Michael returned, but he may not get his visa

Fans hate that TLC brought Angela and Michael back. Much like Nichol and Azan, their story went on for what feels like forever. Also, Angela freaked out fans when she created a huge to-do at the Tell All. Word came out via Avery Mills that Angela actually assaulted her mom. But, as Season 7 of the show seems numbingly boring, many fans are thankful that at least there’s something watchable. And, we watch as Angela stresses about his visa.

TV Shows Ace reported that it’s make or break time for Michael. Angela said if he doesn’t get it right and qualify for his visa, she’s “not waiting around for him forever.” In the preview, she noted, “He has to show the government officials that our relationship is 100% real…I’m sweating to death worrying about this visa now.” But Michael seemed surprisingly relaxed about it. And, now it looks like he miscalculated. A former cast member from season 2 of 90 Day Fiance suggested on Instagram that he actually got denied.

Defraudedbytlc on Instagram first dropped the spoiler that they heard Michael’s visa got denied. And, the former cast member, Jason Hitch chipped in on the conversation. If you don’t recall him, Starcasm reminds us he was featured with Cassie in Season 2 of the 90 Day Fiance show. We seldom see much of them as he and Cassie got divorced, got back together, split, endlessly. Anyway, he’s fairly active on Instagram. Plus it looks like he keeps in touch with other cast members of the show.

He said on the post, “I’ll bet ya $20 he got denied.” Then, later on, he elaborated on why he felt so confident about that outcome. He mentioned that he talked to another “current cast member.” Jason added that according to this person who just called to stay in touch, “[Michael] was denied.” A bit more news from him that leaked is the reason they brought Michael and Angela back. Apparently the reason’s “because the current cast sucked.”

Well, most fans agree with that. But, many fans felt that Michael of all the cast deserved that visa. Hopefully, it’s not for real. And, Jason did say, “I could be off.” What do you think? Do you feel sad that Michael might not be allowed into the USA? Sound off your thoughts in the comments below.

Hannah Ferrier Could Return On ‘Below Deck Australia’ And Here’s Why
Free Streamer Tubi Wants To Be Your October Halloween Scare Spot For TV
‘MAFS’ Clara Oubre Stuns Instagram With Mystery Hunk
Hannah Brown Trashed By Fans For Fluffy Pink Dress
Has Josh Duggar’s Wife Anna Given Birth To Their Seventh Child Yet?