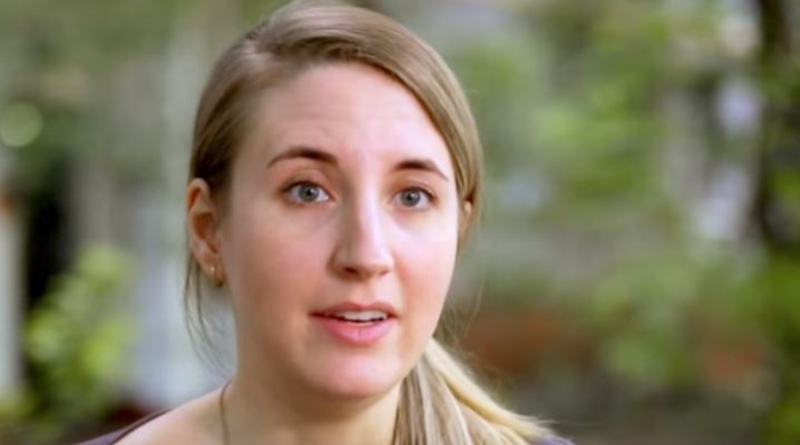 90 Day Fiance fans saw Emily Larina crying her heart out as they were about to leave Russia. Naturally, fans assumed she grew uncertain about Sasha’s long-term commitment. After all, he packed so lightly, as if he were just off on a weekend jaunt. Plus, she complained he seemed fairly distant with baby Dave. On Twitter, some fans grew quite critical. But, Emily says fans got it all wrong.

TV Shows Ace reported that Emily started stressing when she discovered how lightly Sasha packed for the trip to the USA. We wrote, “Emily’s feeling insecure about Sasha. She says to him, ‘You’re arriving to America with just three shirts…and It looks kinda weird. You just look like you could pack up and leave any time.’” Well, many fans believed that was one major reason for her crying so much ahead of flying out.

On Twitter, one 90 Day Fiance fan said, “It’s hard for me to feel sorry for Emily considering her attitude towards Sasha’s previous situations with his exes. She really thought she was the exception.” Another noted, “What is Emily crying for? She’s so annoying.” Meanwhile, another follower commented, “Omg when Emily cries at the airport, I felt that. And then Sasha starts crying too!! That was hard. Even tho he is so annoying and such a liar and totally using her for a green card.” But this one below got it wrong according to Emily:

Emily & her tears… She’s crying bc she knows she’ll be a single parent & sole provider for her home, while Sasha is that much closer to leaving her for another woman that he’ll also knock up. It doesn’t even seem like he wants to leave Russia. #90DayFiance pic.twitter.com/wzFkJrhQmU

Emily clarifies on why she cried

Taking to her Instagram Stories, Emily made it clear she didn’t cry because she had doubts about Sasha, or being a single mom back in the USA. In her Story, she shared a photo of baby Dave strapped into his car seat. She wrote, “Production ordered the car that took us to the airport so they could go pro the car.” Emily then said that she told them “multiple times the car seat needed to be for an infant, but they didn’t listen.”

Next, the 90 Day Fiance star noted that in Russia they never drove a car, rather using a car service. The service always “provided the correct seat.” Emily feared that waiting for another car with the “correct seat” might make them “miss [the] flight.” She said that’s why she broke down. It was all about the stress. Additionally, she noted that luckily baby Dave’s really big, so he “fitted the belts.” She added how much she still remembers the stress of that awful “car ride.” 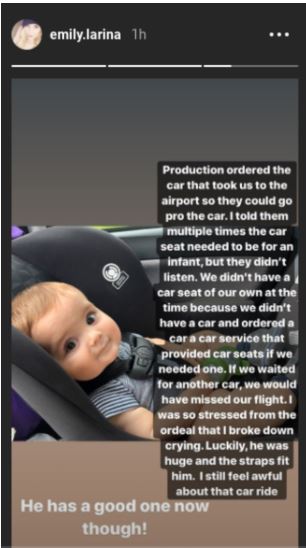 Emily used the word “huge” to describe her baby. And she’s not wrong. In fact, on Twitter, 90 Day Fiance fans share jokes and memes about him. You can see a couple of these below:

What do you think about the real reasons that Emily Larina cried before they flew out of Russia? Do you get it? After all, Monsters and Critics noted, “That does sound like a rough experience after being exhausted from preparing to move.” Sound off your thoughts in the comments below.