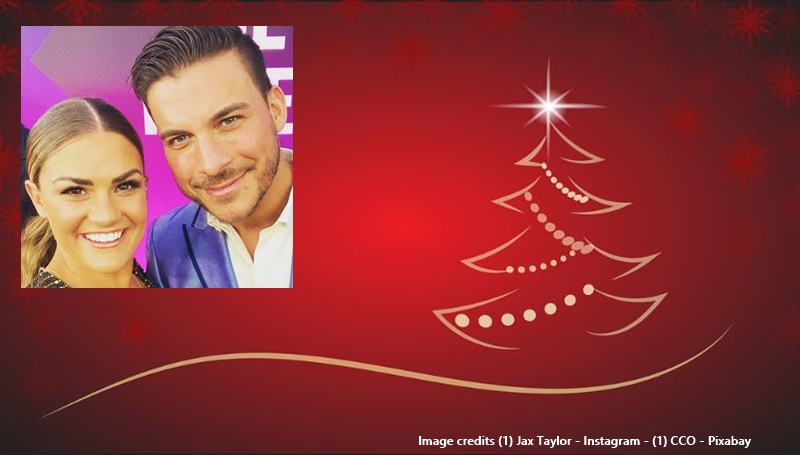 Vanderpump Rules fans know that Jax Taylor sometimes loses it on social media. Often, his harsh comments come out for no apparent reason. And, he’s not shy when it comes to blocking people who annoy him. But, a random stranger just got some unexpected generosity from Jax and it’s a tear-jerker, in the real spirit of Christmas.

Vanderpump Rules – Jax has a history of social media aggression

TV Shows Ace reported in early November, that Jax went off at a random stranger on Twitter. It came after someone posted about hockey. The tweet had nothing whatsoever to do with Jax, but he climbed in aggressively. All the tweet said was, “Does @adidashockey need some designers? #woof.” Now removed from Twitter, the thread became quite heated. Eventually, fans felt it bordered on homophobia and Jax got quite a lot of backlash.

On other occasions, the Vanderpump Rules star blocks people liberally. Sometimes his followers don’t even know what they said or did wrong. In fact, he’s so famous for blocking people, there’s a sweatshirt people can buy on Etsy. That must sell quite well, as short-tempered Jax takes no nonsense on his social media. But he just showed his generous side, and it’s a very touching story.

On Saturday night, Jax took to his Instagram Stories and shared a post of some screenshots. The Vanderpump Rules star said at the top of the story, “If anyone knows this girl, please message me.” The screenshot showed a tweet by someone who commented, “Thanks, but some of us can’t even afford a Christmas tree this year let alone a special gift…”

Jax replied to the message, “DM me your address. I would love to buy you a tree!” Jax added, “We can’t have you without a tree on Christmas.” Well, it seems he never heard from the person again. So, that might be why he shared it out on his Instagram Stories. That’s really sad, but nice of Jax to follow up on this sad sounding situation. After all, he didn’t need to do anything at all. 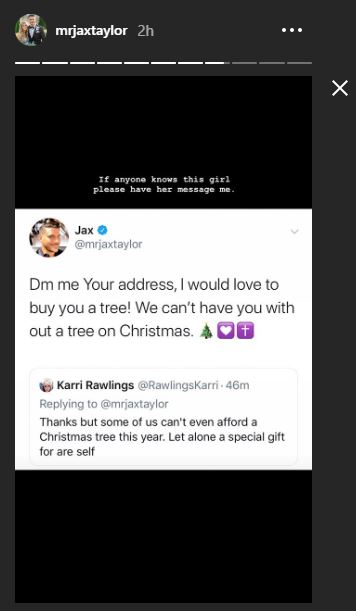 About an hour after Jax shared his Story, the Vanderpump Rules star then returned to post that he located the person. And, it looks like a very happy ending. In his new Story, Jax said, “Yeah! I found her guys!!” Then he showed some screenshots. The conversation went like this: “We got you girl.” Then the person wrote, “Crying eyes. Bless you and your beautiful wife Britany.” Jax assured them, “Everything will be there by the 12th. Merry Christmas!”

Naturally, the person whose Christmas fortune just got better wished the Vanderump Rules stars a wonderful Christmas as well. They ended with “God Bless You.” 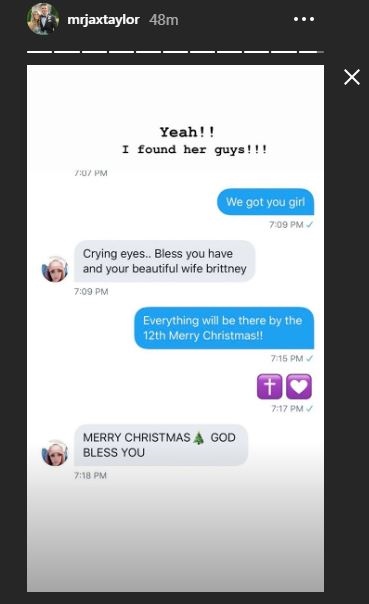 What do you think about that unexpected generosity by Jax Taylor? Did that sound like something in the true spirit of Christmas? And, Jax never shared it on a straight post, so it’s not like he looking for pats on the back. Sound off your thoughts in the comments below.

Remember to check back with TV Shows Ace often for more news about the cast of Bravo’s Vanderpump Rules.