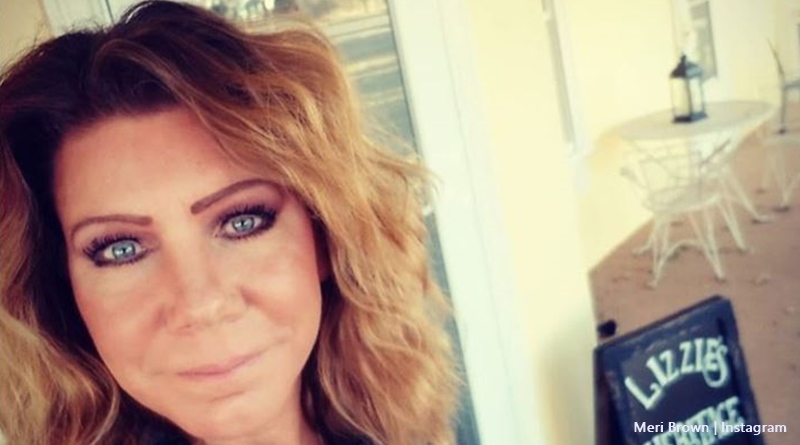 Sister Wives fans may not be aware that Meri Brown and Kody lost a son many years ago.

Seven years ago, they talked about it during one of the episodes of the show. Their child that they lost came years after the birth of Mariah. And now, a friend’s loss triggered memories for Meri who misses her lost son this festive season.

TV Shows Ace reported that Meri travels a lot, seems to live a wonderful life, and gets on with living her best life. But, there’s a sadness inside that obviously makes its way out now and then. Taking to her Instagram, Meri shared about the boy she and Kody lost. The baby came along 12 years after the birth of her daughter Mariah after the couple struggled with infertility issues. Meri said in her post, “I woke up this morning thinking about how it would be to have my 12-year-old boy with me at Christmas this year.”

Meri noted that her friend lost a child recently, and this triggered her sad memories. The Sister Wives mom-of-one said, “Never thought I’d get the news today that a sweet little mom I know and love would be saying goodbye to her own sweet baby today too.” Then, she noted that “#MiscarriageSucks.”

It turned out that Meri’s little boy had no heartbeat and she miscarried in her first trimester. Cheatsheet elaborated on the incident writing, “I didn’t understand why after another 12 years of trying,[why] it was taken away from us and I didn’t understand that. It was really hard.”

Robyn Brown once offered to be a surrogate for Meri

Naturally, with Robyn, Janelle, and Christine producing loads of kids, things were hard for Meri. She never again carried a child after her son’s loss. And, fans who think Robyn and Meri hate each other might be surprised to know that Robyn offered to carry a child for her as a surrogate. People who watch the Sister Wives show know that snippets and clips often feature on YouTube. Over there, fans commented on Meri’s miscarriage. But some of them felt she should not look back, and rather focus on Mariah, who is a blessing to her.

Well, Mariah grew up and her mom visits her in Chicago often. There, she studies at college and lives with her fiance, Audrey Kriss. Meri obviously loves her daughter very much, so hopefully, Mariah doesn’t feel unwanted. While she only ended up with the one daughter, Meri sometimes posts about the other Brown kids. She enjoys all the kids in the huge family and maybe takes some comfort there.

Did you know that Meri Brown suffered a miscarriage? It can’t be easy during the festive season to think of ‘might-have-beens.’ But, any mom who ever lost a child knows that the loss stays with them forever. As one YouTube commenter said, “Miscarriage is devastating. You wouldn’t understand unless you’ve been through it…I feel for her.” Sound off your thoughts in the comments below.

‘Bachelor In Paradise’ 2021: Wells Adams Role Revealed
Katie Thurston Responds To Fan Calling Her Out Over Risque Behavior
Showtime Set For Drama ‘American Rust’ With Jeff Daniels, Maura Tierney, Preview
Jill Dillard Shows Off Her Garden – Does She Have A Green Thumb?
True Reason Behind Amy & Matt Roloff’s Divorce: When & Why