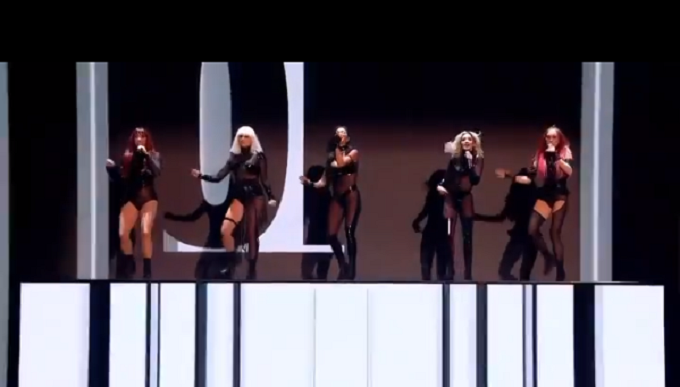 X Factor: Celebrity welcomed back the Pussycat Dolls on Saturday night, Nov. 30. But not everyone was happy with their sexually charged performance. X Factor: Celebrity received over 400 complaints following their onstage reunion. The girl group performed on the series finale of the ITV series.

Saturday night’s final episode of the ITV series included the highly anticipated return of the Pussycat Dolls. The group consists of band members Ashley Roberts, Carmit Bachar, Kimberly Wyatt, Jessica Sutta, and Nicole Scherzinger. The group reunited after last performing nine years ago. However, their powerful performance drew a large number of complaints from viewers, according to a Digital Spy report.

Broadcasting regulator Ofcom revealed that they received over 400 complaints following the Pussycat Dolls’ performance on Saturday night. While the broadcasting company is looking into the matter, they are not sure if they’re going to pursue an investigation into the matter.

“We’ve had 419 complaints about the Pussycat Dolls’ performance on Saturday,” Ofcom said in a statement to The Daily Mail. “We are assessing the complaints about our broadcasting rules, but are yet to decide whether or not to investigate.”

Several viewers took to Twitter to express their frustrations following the performance. One person tweeted, “Children are watching this.” Another viewer was impressed with the performance, tweeting, “OMG @pussycatdolls on x factor [sic] gave me CHILLS.”

Despite the complaints, there were plenty of positive comments about the Pussycat Dolls’ performance on X Factor: Celebrity. Some called their reunion performance “special” while others said that the girls “smashed it.” X Factor: Celebrity’s final episode saw the return of the original five members except for Melody Thornton. She has expressed that she’s focusing on her solo career and has made an appearance in the musical, Rip It Up The Show.

The Pussycat Dolls sizzle on stage during the final episode of ‘X Factor: Celebrity’

The Pussycat Dolls’ comeback has been a long time coming. There has been renewed interest in girl groups thanks to the success of Little Mix and Fifth Harmony. In addition, girl groups and boy bands have seen a resurgence with the K-Pop phenomenon. Since the Spice Girls announced their reunion, some were wondering if the Pussycat Dolls are ever going to reunite again.

The Pussycat Dolls made their comeback in a big way. On Saturday nights, ladies sang a mix of their hit songs including “Don’t Cha” and “Buttons.” They also made people’s jaws drop in their barely-there costumes and sexual dance moves. The group were seen wearing black bodysuits that appeared to be made from sheer material as they performed on the X Factor stage.

UK! Tickets for the #PCDReunion Tour are on sale NOW at the link in my bio!! Can’t wait to see all of you soon 🖤💋

The U.S. girl group split in 2010. Nicole Scherzinger is currently a host on The Masked Singer. Before then, she pursued her own pop solo career. She was also a judge on the X Factor: Celebrity. So, that final week was the perfect time for them to make their big return to the stage.