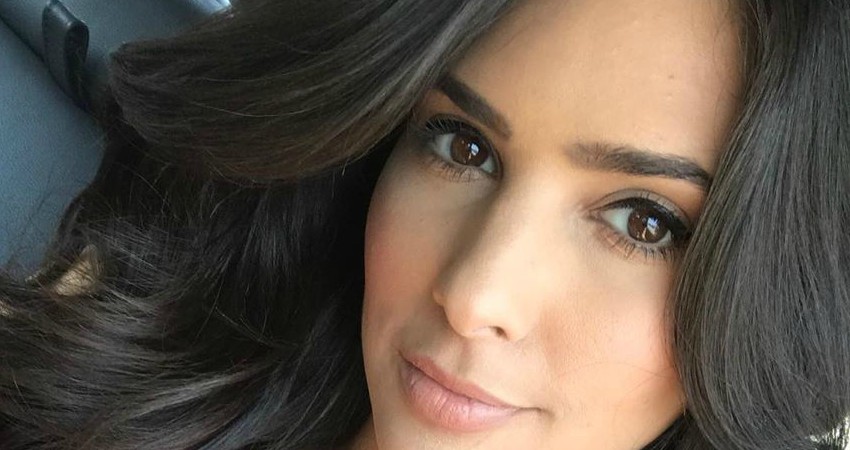 Social media is what keeps celebrities in touch with their fans. However, sometimes that doesn’t always work in the celeb’s favor when they post something fans don’t like. General Hospital actress Chloe Lanier learned that the hard way earlier this week after fans strongly disagreed with her thoughts on DOOL star Camila Banus’s tweet.

Days of Our Lives star Camila Banus is almost as outspoken as the character she plays on the daytime drama. She recently shared some thoughts about the Daytime Emmys with her Twitter followers. The Daytime Emmys are usually presented in May with nominations announced in March. It’s unclear what prompted Camila’s post. Random musings, perhaps.

The DOOL actress’s tweet references both the nomination process and the judging panel. Camila notes that the Lead Actress category never features Latinx actresses. She also seems to place some of the blame on her peers who select the nominees.

“THERE HAS NEVER BEEN A NOMINATION NOT TO MENTION WIN FOR A HISPANIC WOMAN IN THE LEAD ACTRESS CATEGORY. Think about this, the people in the judging panel are the ones that nominate, YOUR PEERS!!!”

THERE HAS NEVER BEEN A NOMINATION NOT TO MENTION WIN FOR A HISPANIC WOMAN IN THE LEAD ACTRESS CATEGORY. Think about this, the people in the judging panel are the ones that nominate, YOUR PEERS!!! #sad #somanytalentedpeople #popularitycontest #daytimeemmyssowhite

How the Emmy Nomination Process Works

Names for nomination are submitted by the shows or the actor/actress directly. Clips of their best work are then watched by a panel of their peers who choose the top 5 contenders per category. The Lead Actor and Lead Actress nominations go through two different panels before a winner is chosen.

The Daytime Emmy Awards ceremony used to air annually on primetime. However, due to declining ratings, the show last aired on television in 2015. Instead, the ceremony is shown on social media, YouTube and the Emmy’s official website.

Chloe Lanier played Nelle Benson on General Hospital from 2016 to 2018 with a guest appearance in 2019. It was her first role in daytime and one of her first jobs in her acting career. Despite her inexperience, she was a nominee in the Younger Actress category three times, winning the statue in 2018.

The GH actress disagreed with DOOL actress Camila’s tweet, saying that neither she nor anyone on the panel would vote based on race. She blamed the overwhelming amount of submissions for the lack of diversity in the nominees.

Needless to say, fans quickly took Camila’s side in the matter. Several fans noted that Camila has been acting for over a decade and has long ties to the daytime community. One of her first roles as a child actress was on One Life to Live.

“I’ve been a judge for the Emmys the past three years and would never vote against someone based on their race and none of my peers would either. There’s an overwhelming amount of women submitting in each category–it’s a competition, plain and simple.”

Camila didn’t respond to Chloe’s tweet. She did, however, have a lot to say a few weeks ago when media outlets reported a rumored impending cancellation of Days of Our Lives.

Days of Our Lives airs weekdays on NBC. General Hospital airs on ABC.