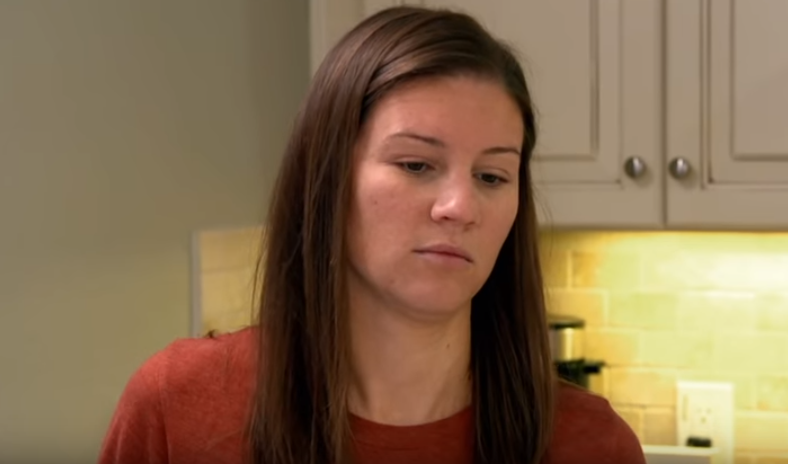 The Busbys have become quite popular from their show on TLC, OutDaughtered. Adam and Danielle gained their fame after having a set of quintuplets, who are now four-years-old. The couple also has an 8-year-old daughter, Blayke, giving the couple six daughters in total. Thought, having this many children this quickly wasn’t their plan, Adam and Danielle are making the best of everything in their lives.

Danielle Means Business When It Comes To Being A Mom

Danielle takes her job as a mother very seriously. She hopes to give her daughters the best life possible while sharing how amazing their family is via reality TV. But it seems this might have taken a turn for Danielle. In a clip from the show, Danielle mentioned that she has become a mom that she “swore” she would “never be.”

From the looks of it, without knowing someone would never know she had quintuplets. Danielle stays fit and always makes time to stay healthy as possible by working out at home and keeping the family eating healthy. Adam and Danielle have even owned a cycling studio of their own in Texas. They did sell their share eventually.

“There are days I am actually able to get away and go to the gym, but as a mom of six, it doesn’t happen too often, and I try my best to do workouts at home,” Danielle told TLC. As for her at-home workouts, she noted she does push-ups and sit-ups for strength and uses the stairs for cardio. A full workout doesn’t always fit into her day to day schedule either. Most days, she works out throughout the day sporadically, fitting in fitness where she can.

Twinkies!!! 👭Love these two… they are So much a like! So silly, sassy and lazy! Lol #identicaltwins #quintuplets #itsabuzzworld #luluandava #outdaughtered

The Busbys Try To Keep The Girls Eating Health, But It’s Difficult With Six Young Kids

Along with healthy eating, Adam and Danielle take the quints overall health seriously. They took them in for check-ups and vaccines during season six of the show. When they took the kids in for their shots, it was a disaster that ended in tears and misery, even after Adam and Danielle expected the worst. “Five 4-year-olds getting shots,” Adam looked at the cameras with an exhausted expression. Danielle followed with, “I’m just anticipating screams.”

According to CheatSheet, the vaccines went better than expected, though that’s not all that had been mentioned during the doctor’s visit. The doctor asked about the quints fruit and veggie intake, Danielle chimed in with an answer.

“We try,” Danielle told the pediatrician who’s known the quints since they were babies. “I’ll just leave it at that, but I’m not very good at fighting with the vegetables, you know, like, I’m the mom I never wanted to be when it comes to food.” To this, the doctor reminded Danielle that the quints are at an age where they need to begin learning how to make healthy food choices.

The visit was a success, but the car ride home became a time for reflection for Danielle about her choices as a mother. All I can think about now is what Dr. Kimball said, you know,” Danielle told Adam. “I’ve become the parent I swore I’d never be with, like, the quick fix meal, you know? I never wanted to be the chicken nugget mom. And I’ve turned into the chicken nugget mom.”

Adam reminded Danielle that she shouldn’t be so hard on herself, cooking for six kids isn’t an easy job. But Danielle insisted they get the girls to eat “something green.” She reiterated, “We have to figure out something ’cause we’re not eating nuggets every day.”