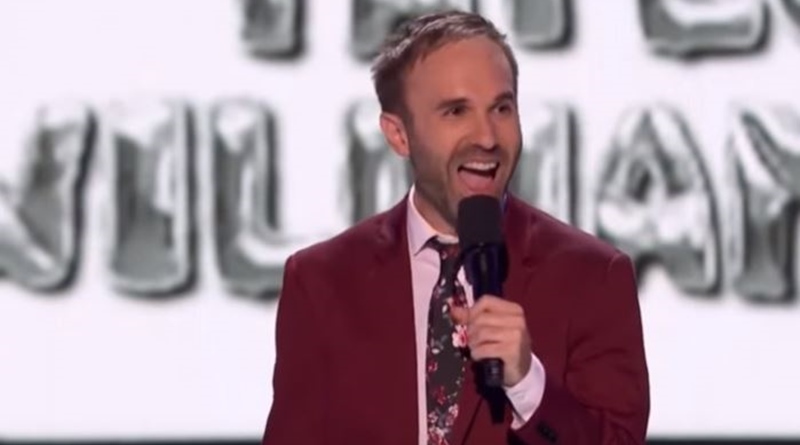 90 Day Fiance becomes addicting for fans of the TLC show. And, it’s not confined to everyday people either. TV Shows Ace reported in August that Chrissy Teigen and her husband John Legend also watch the show with great fascination. Now, it turns out that successful comedian Taylor Williamson joins them as a fan of the show.

Taylor Willamson’s an American stand-up comedian and actor. Fans might recall him from when he came in as runner-up on the eighth season of America’s Got Talent. Plus he got right through to the semi-finals of Last Comic Standing. His main website explains more about him. There, tour bookings, buying his books and even his shirts feature as options. With 68k followers on Twitter, and followers like Vinny Guadagnino, he’s fast become a celebrity in his own right. And, it seems he’s a bit embarrassed about being a 90 Day Fiance fan.

Announcing his addiction to the TLC show, he said on Twitter, “My strange addiction is 90 Day Fiance.” Even Chrissy Teigen seemed a bit embarrassed admitting her addiction. However, she really enjoys it. She noted back in August, “I have no idea what I’m going to do when Luna starts making dumb decisions I know are dumb and wrong but they gotta learn on their own. These young people are killing me, I feel for these parents!!”

My strange addiction is 90 Day Fiancé.

Why do people watch and become addicted to the TLC show?

If you don’t know, the TLC franchise presents couples who met online. They get together and have 90 days to pop the question. The 90 days comes into it as that’s how long they get a visa for their foreign partners. Actually, now backed by Disney, the franchise grows exponentially. Spin-offs include Before the 90 Days, Happily Ever After, The Other Way, Pillow Talk, and What Now? A recent show that arose involved 90 Day Fiance alums, Chantel and Pedro. Their spin-off went by the name of The Family Chantel. And, the show presented a weirdly dysfunctional family.

Most fans of the show say they know the series comes scripted to a large extent. But, the crazy couples just keep them returning all the time. Each season ends, and fans vow they won’t watch the next one. But, they always do. Loads of things creep out the woodwork and fans love to hate on the cast members. One of the main attractions is not knowing the outcome of the show. Many fans enjoy camaraderie with other 90 Day Fiance fans as they try and predict the outcome. The Tell-All at the end often reveals surprising endings.

As you can see, even people used to their own celebrity status join in with other fans. So, it’s no big surprise that Taylor Williamson and Chrissy Teigen become strangely addicted as well. What do you think? Are you an addicted fan? Sound off your thoughts in the comments below.