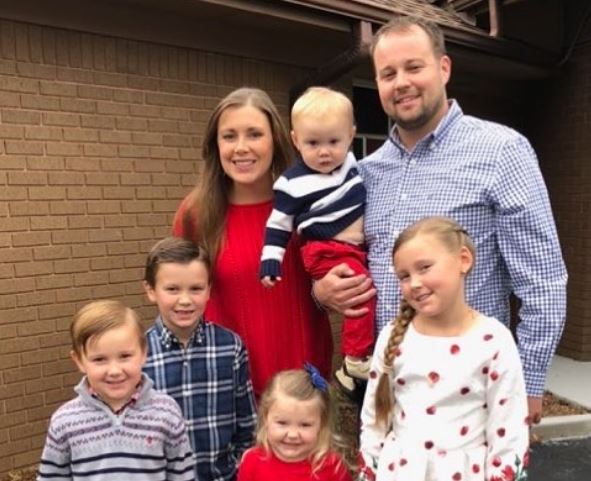 Anna Duggar of Counting On just went on a fun family trip to Branson. It turns out that while there she lost track of one of her children. Radar Online shared the details about what happened. This went down on November 20 and an eye witness saw it all.

Anna Duggar was just enjoying a day at the amusement park with the kids when things went downhill. A witness explained saying, “Josh and Anna were sitting on the asphalt within the park while their kids ran around from ride to ride. It was so weird that they were a bit far from their kids, but all of a sudden Anna was looking really frantic.”

That is when she couldn’t find one of them and Jim Bob Duggar went to the rescue. He found her on another ride and told Anna Duggar where her little girl was at. This is the second time she has lost a child recently. The other time was when they were visiting Jinger and at a museum.

We had such a fun family day at Silver Dollar City in Branson, Missouri yesterday. The kiddos always love it and the weather was great too — getting an early start to celebrating Christmas! It was great to get some walking in and hopefully our precious baby girl will be arriving soon (I’m due next week)! #littleduggars #Josh #Anna #Mackynzie #Michael #Marcus #Meredith #Mason #Duggar

Josh and Anna Duggar seem to be doing great together. They have another baby on the way. It was recently revealed by Without a Crystal Ball that Josh and Anna Duggar are living back home with his parents again. For some reason, they kept this move back home quiet from the fans. There is plenty of room at Jim Bob and Michelle Duggar’s home since several of the older kids have already moved out.

Don’ t miss new episodes of Counting On on TLC.