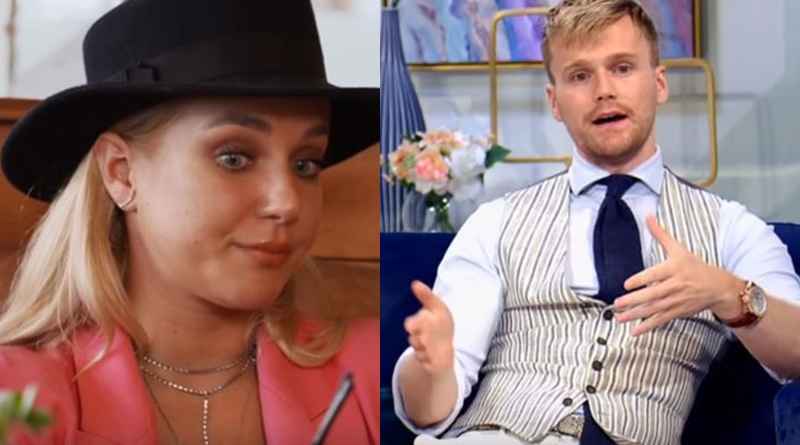 90 Day Fiance fans wonder what on earth is going on after a pic of the two alums, Maria and Jesse Meester surfaced on Instagram. The TLC show seems to bring surprise after surprise to fans. Sometimes, they almost beggar belief, while other times they seem scripted and fake as anything. But, every once in awhile, fans get blown away by what they see revealed on social media. And, critics think Caesar Mack’s girl Maria looks alarmingly close to alum Jesse Meester

Fans of the franchise know that Caesar seemed besotted with Maria. Most of his episodes featured her on video call making excuses as to why she couldn’t meet with him. Caesar claimed he spent thousands of dollars on her as she needed financial help. But, she even let him down in Mexico and left him stranded with his boxes of chocolate panties. And, we noted she was open about talking to other men. Finally, she appeared in the Tell-All on a video call, of course.

Maria revealed that she felt unashamed about Caesar working hard to support her. Cheatsheet reminds us in the Tell-All, she said, “So it’s like, for Caesar, if he wants to have a girl like me, he should understand that he needs to work and do something…Go and make more money.” Well, someone who seems to flaunt his money these days is 90 Day Fiance alum Jesse Meester. Is it coincidental that he suddenly appeared at the Tell-All out of the blue?

The photo that Jesse shared of him and Maria in Barcelona got picked up by @90dayfianceupdate. They captioned it with a heartstopping title. At least, if you’re not a Jesse Meester fan. It read, “Do you think this is the next 90 day power couple ????” Well, one fan pointed out that wouldn’t happen as neither of them are actually Americans. But, would that actually stop TLC? It’s not as if they’re exactly squeaky clean when it comes to 90 Day Fiance storylines.

Nevertheless, the very idea of it freaked out critics of Jesse and Maria. One follower noted, “What the hell is happening here? Jesus Christ, Jesse gets to hang out with her for free, and Cesar spent 40 K and never got a chance to meet her in person??!! 😂😂🤣🤣🤣🤣🤣.” Another wrote, “Looks like Jessie pulled a robbery on Caesar! 😄😄 I really hope this isn’t an attempt to put these two on the show. How could anyone believe these two? F I mean yuck!! 😁”

What do you think about Caesar Mack’s girl Maria looking very close to Jesse Meester? Do you think it’s alarming? Sound off your thoughts in the comments below.

Jazz Jennings 2021 Update: Substantial Weight Gain, Ready For Change
‘Below Deck’ Baby Boom? This ‘Sailing Yacht’ Star Is Also Pregnant!
WOW! Matt Roloff’s 2021 Net Worth Might Shock You
‘LPBW’ Tori Roloff Slammed For Insensitive Comments About Lilah
‘You, Me & My Ex’ Coming To TLC: Here’s What We Know So Far