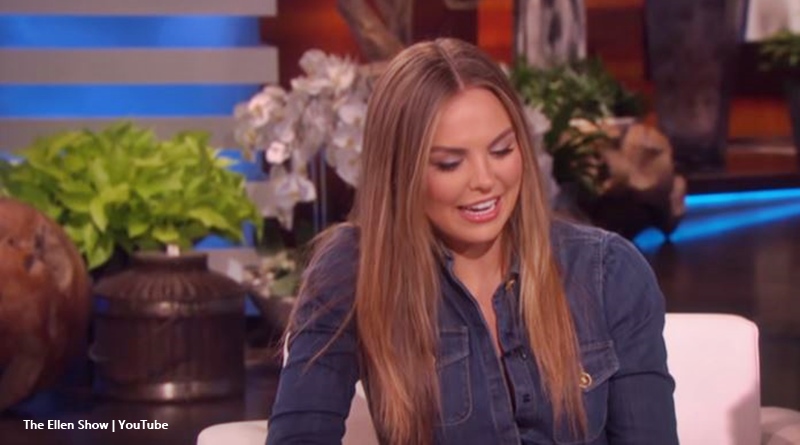 DWTS fans who support Hannah Brown really hope with all their hearts that she and Alan Bersten get together and just date already.  Even those fans who don’t support Hannah could hardly miss the chemistry the two bring to the dance floor. But, despite all hopes, it looks like Hannah’s totally serious when she says she’s not looking to date anyone right now. She does admit they’re best friends, but dating looks unlikely, at least for a while.

On almost every post that Alan or Hannah Brown make on their social media, dating becomes the topic. Hoards of fans ask them to date, whether they’re dating, and even why they are not dating. TV Shows Ace reported earlier this month that Hannah said, “I think my dating life will always be scrutinized or looked at, at this point. Alan and I spend every single day together but we just are so focused on the dance and making sure that that stays our focus.”

But, despite that, fans still keep on hoping for a matchup between the two DWTS contestants. Cheatsheet reported that Hannah spoke to The Ellen DeGeneres Show and said, “We’re great friends. He kind of has to be my best friend. So I make him be. ” In fact, repeatedly, Hannah told various outlets that they got together “to dance” and that’s all they’re gonna do. Well, hope springs eternal, and maybe things will change after the show’s all over.

Extratv interviewed Hannah and Alan on the red carpet at the CMA awards. There, they asked them if it’s “a date night.” Hannah joked back saying, “Yeah, we have dance partner date nights.” When their interviewer said to Alan that Hannah’s a “great date,” he joked back by asking, “is she?” During the chat, Hannah looked in very good spirits, and Alan looked relaxed. Actually, they both said complimentary things, but nope, they are not dating.

Once again, Hannah said the DWTS partners are just friends. Admittedly, very good friends, but that’s not the same as dating.  But even so, in the comments under the interview fans still acted hopeful for dating news. One fan wrote, “Hannah & Alan are meant to be together. They have feeling for each other & they are really cute together.” Another noted, “let her be with Alan already those two need to get together.”

What do you think about Hannah Brown reaffirming that she and Alan Bersten are just good friends? Do you think that one day, after the show, maybe they’ll date? Or, do you think Hannahs got her eyes set on finding her full self-confidence before she risks her heart again? Sound off your thoughts in the comments below.