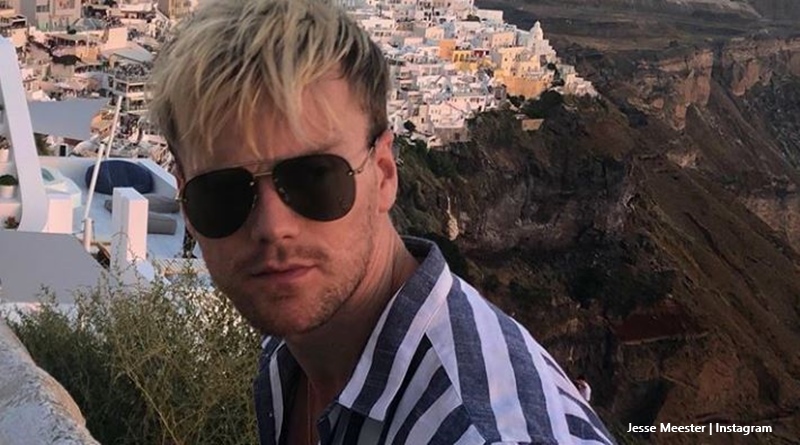 90 Day Fiance fans didn’t come over as very sympathetic when they heard that Jesse Meester claimed he got robbed in Barcelona. He said someone stole his Louis Vuitton bag with $50k worth of jewelry, watches, his passport, and cash in it. Actually, some fans wondered how he didn’t get robbed sooner as he posted up IG Stories showing where he stayed in the city.

Jessie shared a whole heap of stories while in Barcelona. The @iheartrealitytvshows account on Instagram copied the video where he claimed he got robbed of so many valuables and cash. He spoke from a police car after the robbery. In the video, he mentioned that he lost $50k worth of stuff. Jesse also mentioned he needs to get back to the USA which is a hassle as his passport went as well.

Well, TV Shows Ace reported that Jesse recently got his bachelor’s degree in psychology. But it’s not likely he got instantly rich off it. So, fans wonder why he walked around a foreign city with so many valuables. In fact, initially, the Instagram account who shared the story assumed maybe he got robbed at his hotel. It turns out that he later said he got robbed at a Starbucks. But, he really flashed his lifestyle on social media, and he may have attracted attention.

@iheartrealitytvshows wrote on their Instagram, “Jesse posted videos of himself entering the hotel to his stories yesterday. He also posted videos of his Louis Vuitton Bag, the hotel room he was staying in, the jacuzzi in the hotel he was staying at with the name of the hotel shown in big letters. This made him an easy target if it happened.” Even if he got robbed at a Starbucks, fans wonder who in their right mind carried so much stuff in a strange city.

Barcelona’s been in the media for robbery this year. But perhaps the 90 Day Fiance star doesn’t follow the news. The Guardian reported in July, “Police officials say there have been 5,331 violent street robberies so far this year, a 30% increase on 2018.” Other outlets carried warnings to travelers to the city, so it’s not unlikely that he really got robbed.

Little sympathy from fans of the TLC show

On the post on Instagram, fans of 90 Day Fiance showed little sympathy for Jesse Meester. One said, ” This just doesn’t sound authentic. Sorry Jesse but going on social media 5 minutes after you supposedly got robbed……somethings fishy here.” Another even suggested, “Who carries that much on them traveling? Insurance scam?” Meanwhile, another person commented, “Why did all of that [happen] at a coffee shop? And they didn’t take his phone 🧐🧐🧐.”

What do you think about Jesse Meester claiming he got robbed of $50k worth of jewelry, watches, cash, and his Louis Vuitton bag? Do you think he really didn’t take proper precautions with his things while staying in Barcelona? Sound off your thoughts in the comments below.

Remember to check back with TV Shows Ace for more news about the cast of 90 Day Fiance.