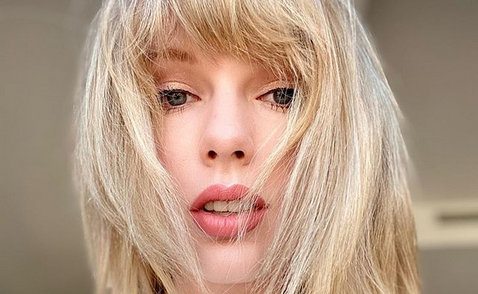 Taylor Swift has fought her share of pop stars, rappers, and famous ex-boyfriends, but she’s never quite had a battle like this before. The “Lover” singer is in a fight for her life with Scott Borchetta and Scooter Braun. She revealed to fans that she’s been blocked from performing her old songs at the 2019 American Music Awards.

The pop star took to Tumblr on Thursday, Nov. 14 in a lengthy blog post revealing the details of her nasty battle with her record label. She named the very men that have been controlling her music for a while now. Swift claims that her label has blocked her use of her old songs for her upcoming AMAs performance and Netflix documentary. In the post, Swift pleaded for her fans to get involved and fight on her behalf.

In that Tumblr post, Swift revealed that she’s been blocked from performing a medley of her hits at the 2019 American Music Awards and any other awards show. She also admitted that she’s had a Netflix documentary in the works for several years now. Swift didn’t want to announce the news quite like this though. The reason why Swift can’t perform her old songs is that the executives own the master recordings for her first multiplatinum albums, according to the New York Times report.

Big Machine was Swift’s old record label for well over a decade. Swift then switched over to a new label and claimed that she would try to acquire her old masters. Now the record company has fired back on Friday and said it was shocked by Swift’s claims. Big Machine says they respect Swift’s requests to perform her old music as she promotes her new record, Lover. Swift’s post caused her fans to make the hashtag #IStandWithTaylor to become a nationwide trending topic on Twitter.

The feud originally broke in the summertime when Swift spoke out against Borchetta and Braun following Braun’s announcement of his purchase of Big Machine. Braun is also the same manager who’s responsible for Swift’s archenemy, Kanye West. In Swift’s defense, Braun was a bully who brought her to tears. Meanwhile, Borchetta, the same man who discovered Swift at 15, would try to dictate her music career.

Everyone knows that award shows have been on a ratings decline over the years. Streaming has taken over and now people can watch the performances and biggest moments of the night on social media. Well, it looks like Swift’s latest feud could give the AMAs a much-needed ratings boost. Swift is already making headlines on Friday with her latest fight with her record label.

As previously reported via Billboard, Ciara has been announced to host the 2019 American Music Awards. Other superstar performances include Billie Eilish, Camila Cabello, Dua Lipa, Lizzo, Selena Gomez, and Shania Twain. And, of course, Taylor Swift is expected to perform and receive the Artist of the Decade award.

Taylor Swift’s feuds tend to work out in her favor. As previously reported via TV Shows Ace, Swift was in a feud with Kim Kardashian-West all because of a song called “Famous.” The two have seemed to work things out in private but fans aren’t otherwise convinced. Swift used that feud to her advantage on her sixth studio album, Reputation. It’s likely that Swift will find another way to cash on this latest battle. If you can’t beat them, join them.

What are your thoughts on Taylor Swift’s feud with her record label? Does it make you want to watch the American Music Awards to see what happens? Sound off below in the comments section.

Netflix Reveals If It Will Save ‘Manifest’ From Cancelation
‘You, Me, And My Ex’: Is The Reality Series Scripted?
WHAT? Farrah Abraham’s SHOCKING Puberty Talk With Daughter Sophia
‘KUWTK’ Reunion Part 1 Recap: June 17
‘Below Deck Sailing Yacht’: Dani Soares Wants The Focus On Her Baby