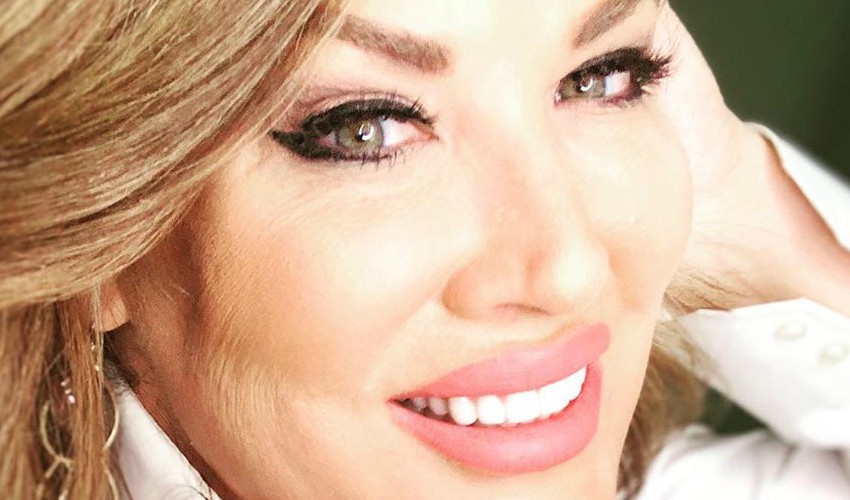 The Real Housewives of Orange County wrapped up the Season 14 with the usual fiery reunion taping. The cast members gathered on November 8 to rehash the show’s most tense moments and biggest fights.

Despite earlier reports, demoted OG of the franchise, Vicki Gunvalson, took her place in the hot seat. Along with a seating chart for the explosive reunion, fans were treated to previews of many of the attendee’s hair and dress choices.

RHOC’s Gina Kirschenheiter sits next to Tamra Judge and her bff, Shannon Beader on one side of Andy. On the other couch, newcomer Braunwyn Windham-Burke, Emily Simpson and Kelly Dodd sit.

Reality Blurb reports that Emily underwent hip replacement surgery less than two weeks before the reunion taping. The reality star posted a photo of her scar on her Instagram Stories.

The RHOC brunette beauty also posted several posts to her Instagram about the reunion. After the taping, she posted a cheeky photo on her Instagram proclaiming how happy she was to enjoy the holidays “stress-free” after wrapping up the reunion.

That’s a wrap! 🙌🏻🙌🏻 What a great feeling! #RHOC reunion is now over so I get to enjoy the holidays with my kids and family stress free! It’s been a great season and trust me, there are many more exciting episodes to come so make sure you keep tuning in on @bravotv . Photo credit: @tvmyhusbandhates ❤️ . #reunion #rhocreunion #holidays #stressfree #family #season14

In another post, Emily heralded her “old #Hollywood glam” look for the reunion taping. The dress Emily wears is red with lipstick to match. Her long hair is curled and swept to the side. She notes that she is just 10 days post-op from hip surgery.

Was The Real Housewives of Orange County’s bad girl intentionally being shady when she chose to post a collage of just the full-time cast members at the reunion taping? Perhaps, but it also gave fans a first glimpse of what they can expect to see when the Season 14 reunion airs later this year.

My dress is @alexandrevauthier and my shoes @renecaovilla and my beautiful earrings @roniblanshay who’s look do you like the best??

It is interesting to note that all of the RHOC ladies are standing up in their photo except for a recovering Emily, who is sitting down on the couch.

Kelly asked her Instagram fans whose outfit they like the best of the six photos posted. Fans were torn on which lady looked the best. However, one fan commented with amazement that Emily wore 6-inch heels after her hip surgery, even if she did sit down for the photo.

Vicki didn’t share a finished look at her outfit on her Instagram. However, she did share a video of her getting her hair done for the RHOC reunion. She asked her fans if they were ready to “whoop it up.”

There was a lot of speculation in the week leading up to the taping that Vicki wouldn’t be included. This was due, in part, to the lawsuit she filed against Kelly for defamation. She dropped the lawsuit and TV Shows Ace explores why she may have dropped it.

The Real Housewives Season 14 has a few more episodes to go before the much-anticipated reunion. Tune in Tuesdays on Bravo for all the drama.