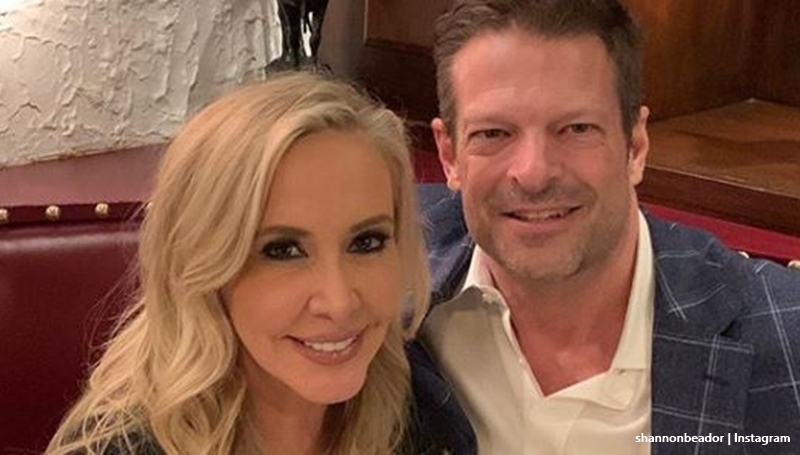 RHOC fans heard back in July that Shannon Beador found a new man. TV Shows Ace reported that she even thinks about marriage again. Now, John Janssen just turned 57-years-old and Shannon took the opportunity to reiterate her crazy love for him. The way things look at the moment, maybe we’ll see a wedding in a new season.

John turned 57 and on Wednesday, Shannon took to her Instagram to express her feelings for him. Her caption said, “Happy happy birthday to the most thoughtful, compassionate, generous, caring, kind, and patient man that keeps me laughing and smiling!” For Shannon, she thinks he really made a massive difference to her life. The Bravo star noted, “Your love and support have brought me to a level of happiness I didn’t think possible! Wishing you many blessings in the year ahead! 57 is going to rock sweetheart ❤️.”

Actually, fans of RHOC love the happiness Shannon shares since she met him. On her latest post, which featured multiple photos of him, they commented to Shannon. One fan said, “SHANNON STORMS BEADOR IS THRIVING HONEY!!!! LOVE THIS!!! Lol and I never comment on popular peeps posts. 😍 But YASSS! 🔥 One of my OG housewife faves!” Another agreed, noting, “I second this! She got her groove back! 😍😍 Good for you @shannonbeador.”

Happy happy birthday to the most thoughtful, compassionate, generous, caring, kind, and patient man that keeps me laughing and smiling! Your love and support have brought me to a level of happiness I didn’t think possible! Wishing you many blessings in the year ahead! 57 is going to rock sweetheart ❤️

Shannon looks so beautiful and happy after her split, Janssen also suffered a divorce

Fans recall that Shannon first filed for separation from David Beador, in 2017. After the divorce, the Real Housewives of Orange County star never really looked all that happy. While she dated again, it never worked out. But Janssen came along and turned the RHOC star’s life around. They both went through an unhappy first marriage, so that might help them bond. Radar Online reported that John’s divorce took ages to finally settle.

According to the outlet, John’s divorce dragged out for five long years. They wrote, “According to the documents, after years of arguing about his salary, Shannon’s boyfriend John was ordered to pay Kim about $4,000 a month in spousal support and about $1,000 in child support but she paid him some money to support the children since he had primary custody of them.” But that’s behind him now, and he and Shannon can focus on their relationship. Sometimes we see photos of John’s kids, and they seem happy enough in the RHOC star’s company.

Fans of RHOC just enjoy the happiness on Shannon’s face. She literally “glows” sometimes, fans think. “Love seeing you so happy, you deserve it!!! ❤️,” one follower said. Another commented, “What a difference a year makes!” Do you agree Shannon Beador looks fantastic since she fell crazy in love with John Janssen? Sound off your thoughts in the comments below.

Remember to check back with TV Shows Ace often for more news about the cast of RHOC.