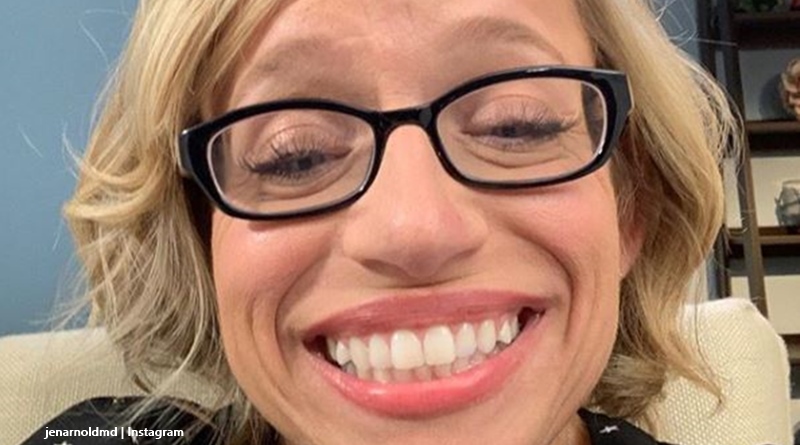 The Little Couple on TLC features Dr. Jen Arnold, a neonatologist, her husband Bill, and the adopted kids Will and Zoey. Most fans know that she’s a highly regarded doctor. But, she sometimes stirs controversy with her attitude towards vaccinations. Now, she shared about Flu shots on Instagram and picked up some hate for it.

The Little Couple mom, Jen Arnold juggles her time as a doctor and mom

Fans of the show love the whole family. In the last season, TV Shows Ace reported that Jen faced surgery. And, fans genuinely expressed their fears and concern that she would recover okay. All turned out well in the end, and thankfully Will and Zoe still have their wonderful adopted mom around. But, on some medical matters, she sometimes gets a bad reaction. She juggles her time as a doctor and a mom but fans who love the show don’t necessarily hold with Jen’s ideas on vaccines.

In September, she came under some fire after she discussed vaccinations on Tampa Bay’s Morning Blend show. Cheatsheet reminds s that she said, ‘“Vaccines save lives, vaccines are safe, and vaccines are effective…And there really should be no controversy about it. … A lot of parents hear the myths and they’re afraid, and so we want to help them to have the right information.'” Naturally, many anti-vaxxers came out to condemn The Little Couple star for it.

Jen recommends Flu shots, gets some hate on her IG

On Tuesday night, Jen mentioned vaccinations again, this time on her Instagram. She shared a photo and captioned it. Jen said, “Sick day today! Being sick is no fun! Thankfully not the flu because I got my flu shot! If you haven’t gotten your flu shot do it today!” Some fans of The Little Couple thanked her for the reminder. But, many anti-vaxxers had a lot to say about it. Picking up some hate, one comment read, “No thanks on the flu shot!! You must get money to push pharmaceutical products because you did it on your show too. Sad you aren’t a woke doctor.”

Another critic said, “Why would you get a vaccine that isn’t even effective? They guess at the strain, lol. Wake up people.” Lots more criticism came from lots of people who watch The Little Couple. One poster even carefully went to almost every comment by people who want the shot, to remind them to “read the insert” before deciding. One person even suggested that Jen might recommend it because of the “kickbacks doctors get for it.” But, others pointed out she works with some very sick and frail patients, and for them, “getting the flu could be fatal.”

Sick day today! Being sick is no fun! Thankfully not the flu because I got my flu shot! If you haven’t gotten your flu shot do it today! #littlecouple #sick #finallynofever

What do you think about Dr. Jen Arnold recommending the Flu shots? Do you think she deserves hate for it? Sound out your thoughts in the comments below.

Remember to check back with TV Shows Ace often for more news about The Little Couple.

Maddie Brown Brush Shares The Background Photo On Her Phone
What Is ‘Bachelorette’ Katie Thurston’s Net Worth?
‘LPBW’ Did Zach And Tori Roloff Actually Move To The Farm?
‘Seeking Sister Wife’ Sidian Jones’s Ex-Wife Speaks Out!
Khloe Kardashian Claps Back Once Again Over Plastic Bottle Controversy