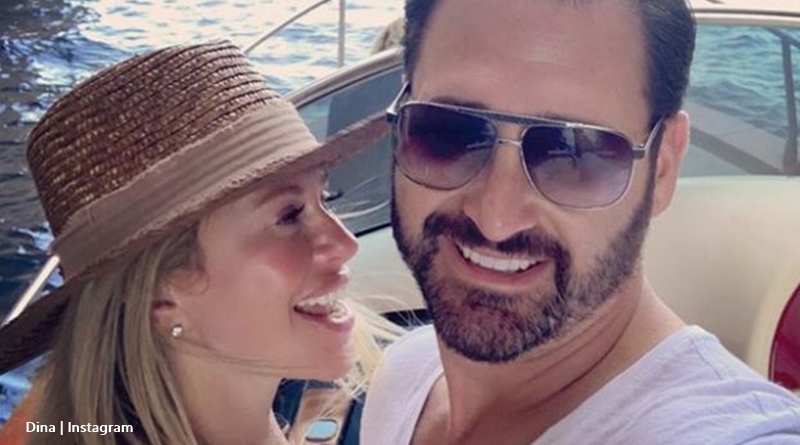 RHONJ fans know that Dina Manzo left her hubby Tommy Manzo and got engaged to David Cantin. She announced that they married earlier this year. More over, fans also knew David suffered from chronic myeloid leukemia with the diagnosis back in 2011.

Dina Manzo and husband David Cantin recently revealed they are in the mood to celebrate. Why? Well, they recently received some incredible news. It was on Saturday, October 26th that the ex-The Real Housewives of New Jersey star took to Instagram to share a very heartwarming story. Here’s what the 47-year-old had to say.

“I made a list, I wrapped it around my rose quartz and prayed for my scorpio. You’re everything I prayed for and more. I love you @davecantin. Happy Birthday. Here’s to a lifetime of HAPPY HEALTHY Birthday celebrations together.  #40andLeukemiaFREE.”

Considering the massive following the entire Real Housewives franchise, Real Housewives of New Jersey, and the lovebirds themselves collectively have, it comes as no surprise that the post attracted a lot of responses.

One RHONJ follower said, “happy birthday to your soulmate!! And congratulations for him being Leukaemia free!! That’s Amazing! I wanted to say thanks. It’s because of you I discovered my love for gem stones…amazing power…when you put every ounce of your faith, hope, prayers, and positivity into them! Thank you Dina!”

I made a list, I wrapped it around my rose quartz and prayed for my scorpio. 🦂 You’re everything I prayed for and more. I love you @davecantin 💋 Happy Birthday 🎈 Here’s to a lifetime of HAPPY HEALTHY Birthday celebrations together 🥂❤️ #40andLeukemiaFREE 🙏

It was eight years ago that the news of her husband and his leukemia broke.

App News, part of the USA Today Network reported on it. “I take chemotherapy pills twice a day – two pills every morning and two pills every night. The reminder… to take the pills isn’t good.”

But, he noted he survived five years “still able to give.” Talking about “giving” he worked as “a Hyundai dealer by trade.” That way, he knew to get a hold of  Hyundai Hope on Wheels. Wheels relates to Hyundai as the “auto company’s pediatric cancer research foundation.” Through them, he worked for kids with childhood cancer.

The outlet noted that “he joined the boards of two more foundations: Columbia University Medical Center’s Hope & Heroes, and New Jersey-based Project Ladybug.” All these years later, he seems the walking talking proof that survival happens. And, his life changed a lot since his initial diagnosis. He headed to California. Now, he married RHONJ alum Dina Manzo. As their fan base agrees, the duo always appear to be very much in love.

What do you think about David Cantin fighting leukemia for so many years? Now, leukemia-free, do you think Dina Manzo’s rose quartz helped? Sound off your thoughts in the comments below.