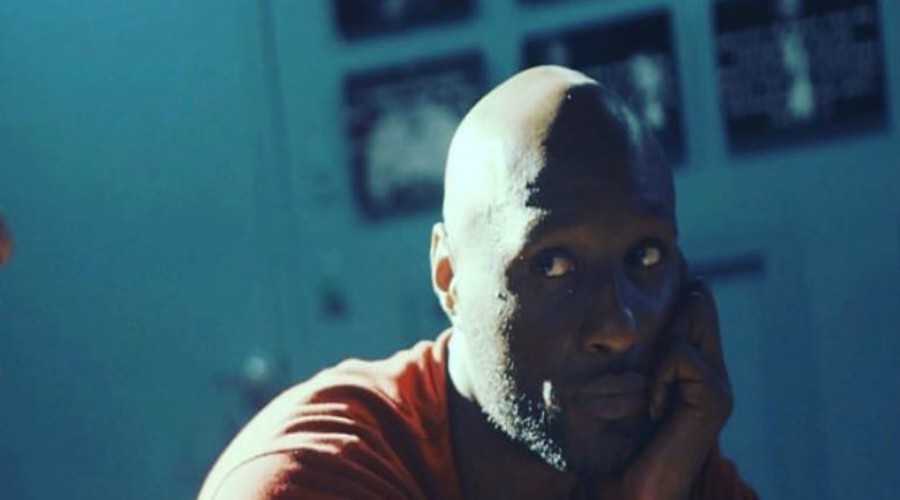 Dancing With The Stars alum Lamar Odom is moving on. And he wants everyone else to move on, too. People magazine reports that Lamar opened up on Instagram about his new girlfriend while squashing interview questions about his old relationships.

“I’m tired of people asking me questions about my ex’s based on old interviews and old comments!”

In his recent autobiography, Darkness to Light: A Memoir, the basketball star is an open book about his exes. However, he’s had enough of living in the past. Keeping Up With The Kardashians star Khloe Kardashian reveals in this week’s episode that she misses her ex-husband.

In his book, Lamar discussed meeting Khloe while he was dating someone else. That ‘someone else’ is no other than Empire actress Taraji P. Henson. According to Lamar, he acted like a “punk” by not being honest with Taraji about falling in love with Khloe.

Taraji has yet to respond to Lamar’s claims. She is engaged to be married next year to football player Kelvin Hayden.

The former DWTS star has a new woman in his life. His fitness trainer and lifestyle coach, Sabrina Parr. In an Instagram post praising his new gal, Lamar speaks highly of their relationship. He says it’s the most committed and serious relationship he’s ever been in.

The Dancing With The Stars contestant says this relationship is different from the ones he’s had in the past.

“I was young, wasn’t sober and going through a lot. All of that is different now. I’m at where I want to be at!”

Lamar even hints at eventually proposing to his new lady love. In another Instagram post, he says he is trying to get the courage to propose to her.

Lamar revealed that he was dating Sabrina in early August before he was announced as a DWTS cast member. In an interview with Dish Nation, she spoke about why she chose to date him despite his past.

“You have to meet people where they are. He was never in a position to be someone’s husband, you know? He was sick, he needed to heal.”

Lamar went home from Dancing With The Stars during the show’s third week. However, the rest of the cast is still dancing for the Mirrorball Trophy Mondays on ABC. Keeping Up With The Kardashians airs on the E! Network on Sundays.