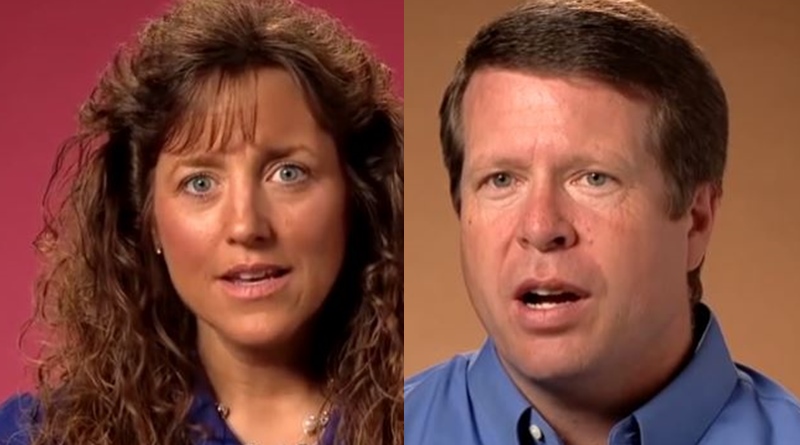 Counting On premiered again this week, and fans took to Twitter to discuss the show. It brought many pregnancies, of course, and quite a lot of Jim Bob and Michelle Duggar. Some fans didn’t like that so much. Despite many describing the Duggar family as a “cult,” a lot of people still watch it. Possibly so they can enjoy having their say about it on social media.

Counting On brings Jim Bob and Michelle babysitting all the kids

The new show kicked off with all the pregnancy announcements, and to that, Jim Bob said, “it’s a surprise.” Okay, right you breed as many kids in the family as is physically possible, but it’s a huge surprise when people get pregnant!

Plenty of the show got taken up with a new dating game that they dreamed up. After raising so many kids, Jim Bob and Michelle seem overwhelmed when all the kids ended up at their place. Mom and dad Duggar got to play mom and dad all over again to the grand kids.

The idea is that the married couples get rules and instructions and they need to go their separate ways. They compete for the most romantic date inside of four hours, no further than an hour away. Yay! ‘

Anyway, for reasons unknown, Joy-Anna and Austin Forsyth opted out of the Counting On game. Who knows why? Perhaps they got thoroughly sick of cutesy games. Anyway, it certainly gave TLC a good excuse to bring back more of mom and pops Duggar.

Naturally, Jinger and Jeremy weren’t there as they’re off in LA. And, when asked if flipping a coin to choose a picnic location for a date’s dangerous, Jeremy reminded the producers that he’s got a mind, saying hello, “it’s Arkansas.”

Tonight's the night! Tune in to the season premiere of #CountingOn TONIGHT at 9/8c. pic.twitter.com/mYuoRFrhwg

Premiere, fans react to so much of Michelle and Jim Bob

Over on Twitter, seeing so much of Jim Bob and Michelle got right up some people’s noses. Here’s what some Counting On followers said about it:

@TLC Put Jim Bob and Michelle back in time out! Don’t want them on my screen. You changes the name of the show for a reason! #CountingOn pic.twitter.com/OZ8QWUs5b5

We did see something of Jinger and Jeremy who went off to LA. Jinger and wearing pants came up in a preview. The ago-old issue meant a few squirming moments for Jinger as she sat next to her mom after the producers asked about issues there. But, finally free in LA, we saw Jeremy and baby Felicity on a beach where it looked like a howling gale was blowing. The Vuolo’s are mostly seen as the best Counting On couple. Fans would really like to see them in their own show.

“@TLC  just forget about the @Duggars  and give the @Vuolos  (Jinger and Jeremy) a show,” suggested one fan. The idea would take hold probably. As one fan noted, “Jinger out living her best life while the others are home, making up childish games…” Others like the idea that Jinger got lucky with Jeremy and she not only wears pants these days but hit the road for LA.

What did you think of the premiere? Were you unhappy to see so much of Jim Bob and Michelle Duggar? Would you prefer a Jeremy and Jinger show? Sound off your thoughts in the comments below

Remember to check back with TV Shows Ace often for more news and opinions about Counting On.