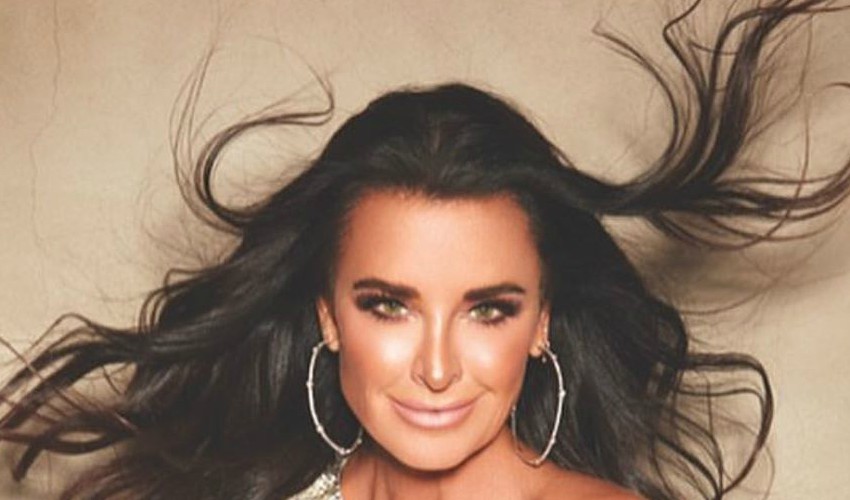 Season 9 of The Real Housewives of Beverly Hills ended three months ago. Fans are already eagerly awaiting Season 10, which is currently filming. Viewers can expect a lot of changes. Lisa Vanderpump left the show. Two new Housewives, Garcelle Beauvais and Stutton Stracke, will be on Season 10.

However, one thing in Beverly Hills does remain constant—Kyle Richards. The last original Housewife opens up to Hollywood Life about the new cast members. Kyle also reveals what it is like to film a movie again with Jamie Lee Curtis. Finally, she teases a RHOBH return for Kim Richards and Brandi Glanville.

One of Kyle’s most famous film roles was in the first Halloween flick. In 2020, fans can see the actress is the upcoming sequel, Halloween Kills. In a recent interview, Kyle opened up about what it was like to work with Jamie Lee Curtis again.

Kyle says it is “amazing” to work with the Hollywood icon. She is “having the best time” of her life. However, she is also busy filming Season 10 of RHOBH at the same time.

“It’s been a little bit challenging, but it’s been amazing.”

Kyle suffered a huge falling out with her friendship with Lisa Vanderpump during Season 10. In fact, the two barely speak now. Their fight stemmed from Kyle’s belief that Lisa planted the Puppy Gate story in the tabloids. This is an accusation Lisa still denies to this day.

When asked how it is filming without her former friend, Kyle remained neutral. She says it is, Business as usual.” However, she assures fans that they will see drama with the new ladies.

‘Excited’ about the first Real Housewives of Beverly Hills baby

Fans can expect something new on RHOBH for Season 10– a pregnant Housewife. Teddi Mellencamp announced she was expecting her 3rd child. While the other Housewives have children, none of them have been born during the show’s filming schedule.

A pregnant Teddi even walked in Kyle’s show during New York Fashion Week.

Congratulations @teddimellencamp thank you so much for walking in the @kyleandshahida show even though you were nervous about it. Pregnant & beautiful. One day you will tell your baby how you strutted the cat walk at #NYFW while pregnant ❤️Love you! #Repost @teddimellencamp Last weekend I had the opportunity to walk in a fashion show during NYFW. Now, I am no model— I can barely walk down the street properly— but I walked out there feeling good and excited to support my friend. That quickly shifted when I was hit with the barrage of memes and insta comments throwing negativity at me and my walk. I can definitely make fun of myself and am in on most jokes but sometimes it just gets to be too much. So I had a big ole cry and felt truly embarrassed— until I remembered this @brenebrown quote: “If you aren’t in the arena getting your ass kicked, I’m not interested in your feedback.” And you know what, I am so damn proud of myself for having the courage to step out of my comfort zone, especially at 15-weeks pregnant in a flesh-colored bodysuit, and do my very best. We cannot control other’s actions, we can only control our own. So now, I’m just gonna smile brighter and keep on strutting. 💕Shoutout to @kylerichards18 for absolutely killing it with @kyleandshahida! Such an amazing accomplishment 💕 #nyfw #babyonboard #bucketlist

One thing that is rarely discussed on the show is the legal troubles Kyle and her husband, Mauricio, have faced. More recently, he was sued for a real estate deal gone wrong. Kyle generally keeps mum about the legal proceedings against her husband. Fans will likely not hear about it on the show, but you’ll have to tune in to find out.

What fans might see on Season 10 of The Real Housewives of Beverly Hills is the return of fan favorites. Kyle teases that there will “potentially” be appearances by sister, Kim Richards. She also hints that villain Brandi Glanville could show up.

Season 10 of The Real Housewives of Beverly Hills will air in 2020. Kyle’s new film, Halloween Kills is slated for an October 2020 release.