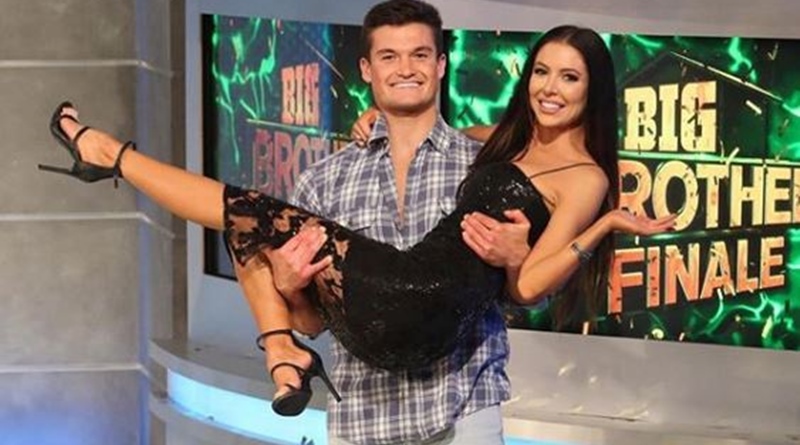 Big Brother couple Holly Allen and winner, Jackson Michie probably get the award for being totally real on the CBS show. Now, the two top contestants warm things up with a trip to Malibu Wine Safari. Holly the wine guide, took him and some castmates along to meet the animals, taste the wine, and have some fun. Plus, they planned a trip to Jackson’s hometown to meet up with his friends. This weekend in Tennessee, they still want to carry on getting out and about and have some adventures.

In the show, this couple kept it quite real. Although Jackson started off with Kat Dunn, they ended up together and things took a slow-burning start. But, maybe slow’s the way to go. Rather than rush things and heat up for a few seconds and die, it looks like they’re getting warmer. Taking to her Instagram, Holly posted a really nice picture of them, and she looks stunning. Jackson’s enjoying some quality wine.

Holly captioned it with, “Took this guy to meet my friends, befriend my critters, and sip my wine in Malibu yesterday. Today we are exploring his world in Tennessee. We promised adventure outside of the BB walls, and adventures we shall have.” Well, the Big Brother walls are very confining, so their freedom to dress how they wish, and explore together a bit must be a really nice experience. And, things probably were relaxed with Jackson’s family, as Holly met them before.

Took this guy to meet my friends, befriend my critters, and sip my wine in Malibu yesterday. Today we are exploring his world in Tennessee. We promised adventure outside of the BB walls, and adventures we shall have.

Warming things up, meeting friends, and having some family time

We seldom see couples from Big Brother work out in the long-term, but these two might end up a success story. Certainly, they’re both competitive, but that, in itself, is a common bond. Fans might recall she outlasted all the competition, losing only to Jackson. Now a couple, the pair took home $550k between them – a nice way to take their romance further.

Popular with the fans, no doubt both sets of friends also like them together. They both have friends who seem like-minded from the sound of things. Fans enjoy that they keep it real and have fun while getting to know each other better. One Big Brother fan noted on Instagram, “Please continue to learn each other & always respect the other! Never stop doing the little things for each other! I pray that your relationship & lives are filled with many Blessings.”

Actually, they also went on and suggested that this couple get considered for Amazing Race. That would certainly bring more adventure. And, with their competitive streak, they could win that as well. What do you think? Sound off your thoughts in the comments below.

Remember to check back with TV Shows Ace often for more news about Big Brother.