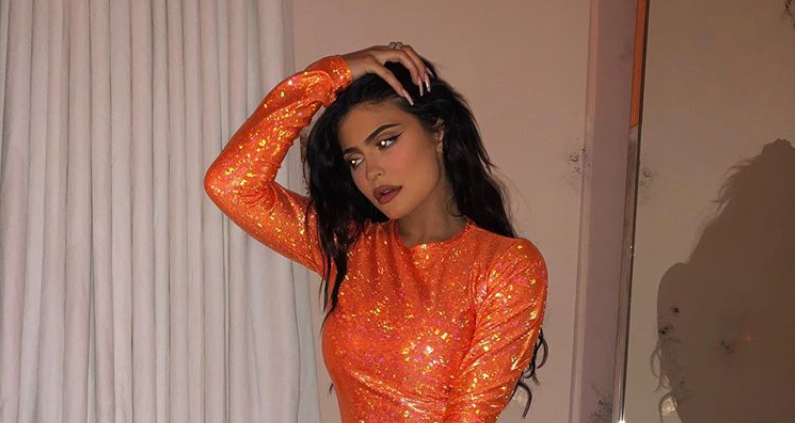 Kylie Jenner reads the news about herself and she’s seen the Tyga allegations. It was important for her to go online and set the record straight. The news of the split came after fans noticed, Travis hadn’t been on Kylie’s social media in a little while. Then she went to Hailey and Justin Bieber’s wedding with Stormi as her date. Fans radars were going off and no one was confirming anything.

The Blast reported a source said the two wanted to make the split as easy as they could on Stormi. They agreed to full fifty/fifty parenting and will have no problem when it comes to their daughter. They aren’t using lawyers and there isn’t any bad blood. Travis has moved some of his things out of her house and is living separately in a place he owns.

The internet makes everything 100 times more dramatic than what it really is. There was no “2am date with Tyga”. You see me drop two of my friends off at a studio that he happened to be at.

Kylie Jenner read that reports said she reconnected with Tyga and all the news swirling around their breakup. She went to Twitter to let everyone know what was going on. Kylie started the tweet of letting everyone know that Travis and her are on great terms. She said, “our main focus right now is Stormi. Our friendship and our daughter is priority.” The two definitely have the well-being of their daughter in mind with everything the do.

She also said the internet makes everything a lot more dramatic than it should be. Jenner said there was no, “2am date with Tyga.” She said that people saw her drop two of her friends off at a studio he happened to be at.

It’s possible the two might get back together as they’ve broken up before. The source said they just want to take the time apart to work on some of their own personal issues. The fans have responded to her tweets in a supportive and somewhat hilarious way. Most of them have honed in on the word friendship. They have tweeted lots of memes with happy people turning sad as they read the tweet. Several fans have applauded the couple on the maturity they’ve shown during the split. Kylie Jenner and Travis Scott making their daughter priority number one has earned them a lot of respect. Kylie is still very much focused on her business, her latest Instagram post from a few hours ago is promoting her makeup line.