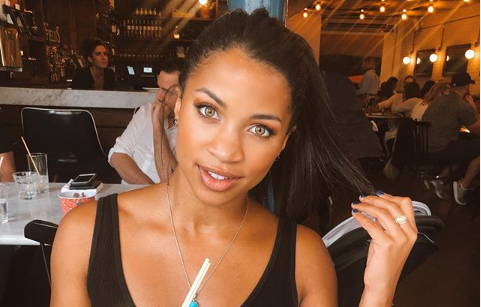 According to E! despite the way their Bachelor in Paradise season ended, Katie Morton assures fans she and Chris Bukowski are in a great place. She said her romance was real and she had no regrets. She said watching it back it’s different to see herself in that environment, but she’s happy and they’re doing great.

She said they’re just trying to live a normal life and get back to a regular day to day. Through the show and now watching it back, they’ve just kept growing. Both stars have kept it low-key on their social media and not blasted their audience with their romance.

What Does Katie Morton Say About Their Relationship Now And The Show?

Katie Morton went on to say back to normal is a weird thing to say when they signed up for a reality show. She stated they deserved privacy and they’re able to take things slow. There have been some times when they’ve shown a little glimpse into their relationship.   In an US Weekly interview, she elaborated on what she meant by normal. She said, “it’s nice just to see our families and be with friends in public.” She’s excited to integrate their friend groups so they can be out in the open now.

In a post of Instagram where Katie is eating pizza, he waxed poetic. He captioned it, “love is tough. Love is beautiful. Most importantly love is patient. Sometimes you need a shock to the system to put a fire under your ass.” He went on to say he loves her and can’t wait to feed her pizza for the rest of their lives.

The Long Distance Thing Works For The Couple

In the E! interview Katie Morton also said she’d love to share a blooper reel from their time together on the show. She stated bloopers are what she lives for, and fans would love to see that. She said it would consist of their special moments during filming. Katie said there are thousands of opportunities to show bloopers and she wished there were more of those.

They’re taking it slow and continuing to figure out what their forever looks like. The two seem to be happy with their long-distance relationship while they figure everything out. Chris said they spent a lot of time with each others families, his in Chicago and hers in Florida. He said while everything is rushed in the world, they’re taking it day by day.