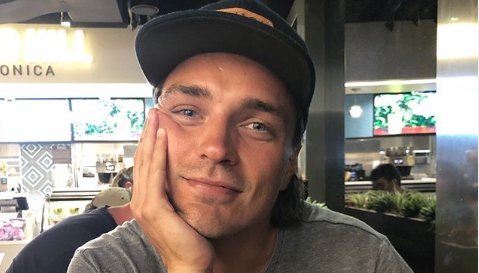 Dean Unglert was fortunate enough to be a fan favorite from the beginning. According to an article on The Cheat Sheet, his time on Rachel Lindsay’s season made fans root for him. They when he came on Bachelor in Paradise, he immediately got into the drama of a love triangle.

He’d previously found and lost love on The Bachelor Winter Games, so he didn’t really believe in finding love within the Bachelor nation again. Since he has a podcast called Help! I Suck At Dating he let people know why he went back. He said he went to BIP to have fun. He told the producers he had no plans of leaving as a boyfriend to anyone. In an interview, he actually said the relationships on the show weren’t real.

He said he didn’t believe in saying no to things and loves new adventures. There wasn’t a point when he went looking for love but he wanted to have fun.

Why Does Dean Unglert Regret His Words About Dating?

Dean Unglert said when he had a relationship with Lesley on the Winter Games, he noticed a difference when they were on camera. He said the way people act on camera is very played up and doesn’t seem genuine. Now that he’s completely smitten with Caelynn Miller-Keyes he regrets what he says.

The two of them have been living in his van taking Instagram pictures on the beach. Unglert said he truly believed what he was saying when he said it, he did not think he would find something real. Now, he has. He said he didn’t mean to discredit the real relationships that formed. Dean Unglert said the relationship with Keyes is still new. He said they’re taking their time and they’re happy. They certainly have van living down to a science.

The Two Don’t Follow Each Other On Social Media

In an interview with US Weekly, Unglert addressed the fact the two don’t follow each other on Instagram. He said he doesn’t like to do what’s expected of him. In the Bachelor nation, the couples are expected to follow each other.

He wants to break out of the mold and be the couple who doesn’t. He said he didn’t want to be the couple that did interviews together. That’s certainly a different way for a reality television couple to be, but maybe it will work for them.

These two seem to be doing great so far. Don’t miss watching Peter Weber as The Bachelor starting on ABC in January of 2020.