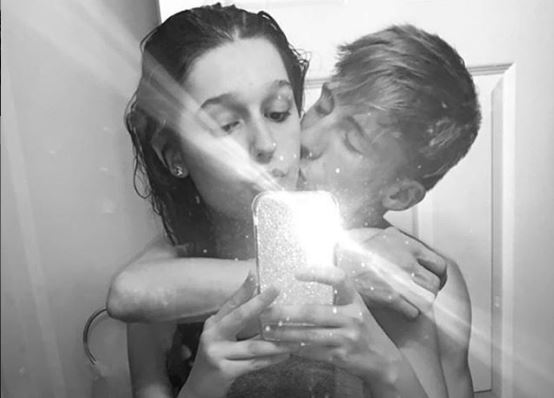 If you are watching Unexpected, then you know that Hailey Marie Tomlinson and Matthew Blevins started out together. They now have a baby together. He figured out who Hailey was when he called her cute while she was with her friend Jade McKenzie Pierce. TV Shows Ace just got a chance to talk to Jade exclusively and get some details.

Jade explained a few things to TV Shows Ace. It all started out with a statement where she tried to clear it all up. Here is what Jade shared.

“I wanted to clear up the whole situation. Matthew & I was talking when he started saying Hailey was cute while on FaceTime with me. I did stop talking to him. I told Hailey not to do anything with him because I did like him, & she promised she wouldn’t. She lied to my face multiple times about talking to him. She then started dating him & I did warn her about him, since he literally went to her after talking to me. We did stop being friends for a while but she was my best friend of 10 years, after a while I did forgive her & went back to being friends. I am civil with Hailey 2 & Matthew. Tired of seeing people twist the real story.”

Jade explains more on the phone

When TV Shows Ace talked to Jade, she wants everyone to know that she did “talk” to Mathew. They were in the early stages of dating but were never actually a couple. When they were flirting with each other, they never met in person. Jade never even met him until he was dating her friend Hailey. She knew Mathew about two years before Hailey met him.

Hailey and Jade had been friends for about 10 years. These two went to elementary school together. They are no longer speaking, but she said it has nothing to do with Mathew.

At this time, Jade does speak to Hailey 2 and Mathew both. They have tried to meet up but it hasn’t worked out.

Jade said things probably wouldn’t have worked out with her and Mathew anyway. Her mom is very picky about who she dates and wouldn’t have seen him as a good match. They never actually dated and she did even warn Hailey 2 that he might be a bit of a player.