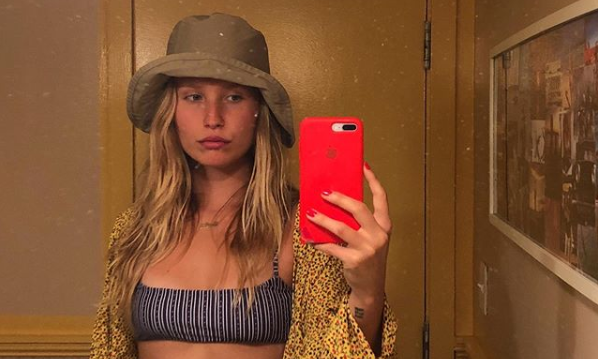 It seems the pressure is on for Sailor Brinkley-Cook but it’s not from the judges on Dancing With The Stars. The pressure is coming from her mother, Christie Brinkley.

As everyone knows, Sailor replaced her mother after she broke her arm. This meant she didn’t have as much time to practice as everyone else. According to Radar Online her mother is the one making her life difficult. Reportedly they got into a huge fight during rehearsal complete with yelling and crying.

Why Did Sailor Brinkley-Cook And Her Mother Fight?

A source said Sailor Brinkley-Cook, “feels the pressure that was thrown in her lap last minute. If she had her way, she wouldn’t have been. She wasn’t mentally or physically prepared for it.”

The tension with her mother has been from the older Brinkley coming to her rehearsals randomly. The source said Christie insists that her daughter is competing for her legacy. The fighting has also been hard on partner Val Chmerkovskiy. He is in the middle of their fights. The article says the mother and daughter have since reconciled.

The Younger Brinkley Isn’t Getting Along With Others Either

There have been reports of tension for Sailor Brinkley-Cook besides just her mother. Ally Brooke and Lauren Alaina weren’t too keen on another young celebrity coming into the competition. Apparently they didn’t consider Christie real competition because she was older.

Despite fighting, Sailor Brinkley-Cook did defend her mother when Wendy Williams made some accusations against her. According to Page Six, Wendy said Brinkley faked her injury. Sailor said, “whoever spews hatred needs more love, so, love you Wendy!” Christie herself said it was shocking because Wendy had been supportive of her in the pass. In the end, there’s no bond like mother and daughter. Fans know Sailor will make her mother proud no matter how far she makes it on DWTS.