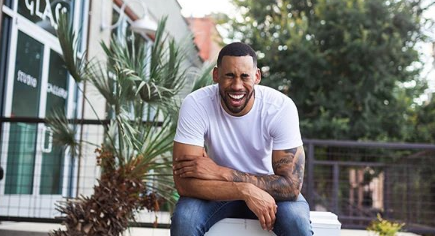 Bachelor, Bachelor in Paradise, News
Share on Facebook
Share on Twitter
Share on Pinterest
Share on LinkedIn
Mike Johnson and Tayshia Adams were spotted together in Vegas, so now fans are pretty shocked. Apparently, the duo was chummy. Johnson’s rumored flame wasn’t with him.The Bachelor Nation keeps their eyes on things. When two of their favorites are spotted out together, they talk. This is especially true when they see two stars who are supposed to be with other people.
In the picture, Mike Johnson has his arm around Tayshia and she’s smiling while looking back at someone taking a selfie. This was all at the iHeartMusic Festival which the two reality stars attended with Dean Unglert and his Bachelor in Paradise girlfriend, Caelynn Miller-Keyes. Since fans think Mike is talking to Demi Lovato and Tayshia is with John Paul Jones, they had questions.

Why were Mike Johnson and Tayshia Adams hanging out in Vegas?

The group from Bachelor nation were hanging out together at the festival and everyone was having a good time. A source told E they were also together at the Shake Shack together for an after party. Just because they were hugged up on each other doesn’t mean they’re dating.

So what’s really going on between the two reality stars?

According to Cosmo, the two are not together. Tayshia is actually with John Paul Jones who wasn’t present. There are rumors Mike Johnson is talking to Demi Lovato.

According to The Cheat Sheet, Johnson said he and Demi went out on a date. He said, “the woman is quite astounding and amazing. And that’s all I’ll say on that.” He’s being mum but sources say the two are really hitting it off ever since Demi slid into his DMs. Mike Johnson even recently told media he wanted to take her out on a second date.

A source said, “Tayshia and John Paul Jones are still together. Tayshia and Mike hung out in Las Vegas during the Festival, but they were always with a bunch of stars from Bachelor Nation.” As for John Paul Jones and Tayshia, they reconciled in the end of Bachelor in Paradise when she showed up at his house. They both say they’re just enjoying life together. So, a picture of Mike Johnson isn’t always what it seems and it’s nice to see all the people from Bachelor nation enjoying time outside of the show together.

‘Bringing Up Bates’ Fans Think A Proposal Is Coming, And Here’s Why
Teresa Giudice & Kyle Richards Post Selfie Teasing Peacock’s ‘RHUGT,’ So Why Is Teresa Is Getting All The Attention?
‘Teen Mom’ Farrah Abraham Returns To Reality TV
Netflix Anime Movie ‘Drifting Home’: Release Date, What To Expect
Is Kendra Duggar Strapped For Cash After ‘Counting On’ Cancelation?