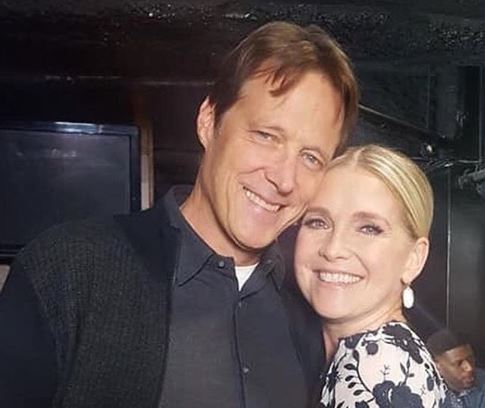 Days of Our Lives has kept viewers glued to their seats all through the summer and into the fall. Last week Jennifer (Melissa Reeves) was kidnapped by a mysterious perpetrator. Most of Salem assumed Eve (Kassie DePavia) is behind the kidnapping. What else is happening in your favorite fictional town?

Kristen (Stacy Haiduke) has shown that she will go to great lengths to win back Brady (Eric Martsolf.) She already seduced him and he admits that he has feelings for her again. However, once a schemer, always a schemer.

Kristen decided to take matters into her own hands. Or uterus, as the case may be. She enlists Dr. Rolf (William Utay) and Xander (Paul Telfer) in stealing Sarah’s (Linsey Godfrey) baby. Dr. Rolf has some surprising news for Kristen when he tries to implant the stolen embryo. Kristen is already knocked up with Brady’s baby.

Julie Gets a Heart from an Unlikely Source

Julie (Susan Seaforth Hayes) is nearing the end of her life following a heart attack. Due to her age, the chance of getting on the transplant list is slim-to-none. Her only chance is if someone in Salem dies.

Lucky for Julie, Kate (Lauren Koslow) was shot, likely by Vivian (Robin Strasser.) Lucas (Bryan Dittalo) returns to town and makes a heartbreaking decision. He donates his mother’s heart to Julie. But this is DOOL – is anyone really dead?

Days of Our Lives’ Jack Gets His Memory Back

Jennifer was stunned on New Year’s Eve when presumed dead (see?) hubby, Jack (Matthew Ashford) returned to town. He didn’t remember her or their children and had no desire to remember. After a misguided marriage to Eve, Jack finally came around to the idea of reclaiming his memories.

Spoilers indicate that when Jack struggles with Jennifer’s captor, he hits his head and regains his memories. Days of Our Lives fans rejoice! Jack and Jennifer are on the way to reuniting.

Vivian has made Gabi’s (Camila Banus) life a living nightmare since returning to town. Gabi isn’t good enough for her precious son, Stefan (Brandon Barash.) This week, Vivian encourages Stefan to dump her daughter-in-law and hook up with Eve. Gabi overhears this and reconsiders informing the police of Vivian’s role in the shooting of Kate. Will Gabi keep her husband’s secrets?