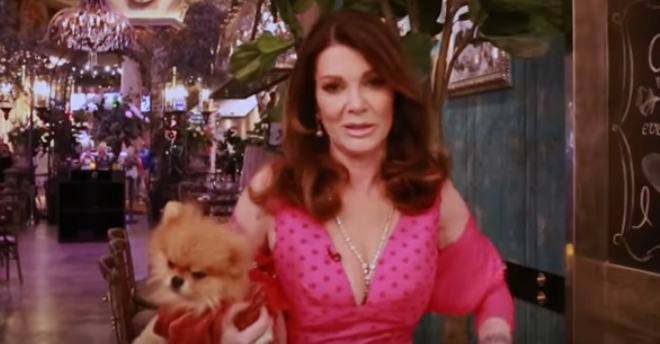 Anytime Bravo announces a new Real Housewives spin-off, fans ears perk up. What better than a brand new show with characters they know to binge watch. The parent company of Bravo, NBC Universal just announced their streaming service called Peacock. Some fans are thinking it might be another show for Lisa Vanderpump.

A statement said it would feature shows like The Real Housewives, Chrisley Knows Best, and Keeping Up With The  Kardashians along with scripted shows like the Office. Another announcement said there will be a spin-off of the Real Housewives franchise. Fans are speculating wildly. Some of the favorites are shows like Kim Zolciak’s, Don’t Be Tardy which spun off from Housewives.

One of my favorite men, on my birthday 💝

Could Lisa Vanderpump Be In Another Show?

According to All About RH, there have been rumors of a spin-off for Lisa Vanderpump after her split with Real Housewives of Beverly Hills. There are a couple possible themes for these including her new Vanderpump Cocktail Garden. It would follow the people that worked there possibly in the middle of Las Vegas.

Some fans also think it could be Vanderpump Dogs about the rescue Lisa runs. It certainly got a lot of media coverage during the whole PuppyGate scandel. It wouldn’t be a stretch for LVP to do two shows, she’s done it for so long it should be old hat. There’s no doubt tons of fans would watch. She still has lots of supporters despite the doggie story line and leaving RHOBH.

Not Everyone Would Be Pleased If LVP Got A Spinoff

Lisa Rinna has publicly said she would take it to court if a Vanderpump Dogs spin-off happened. Essentially she said if they were playing PuppyGate up so they could launch a spin-off, she wanted to be compensated for it. According to E Online, she said she’s a hustler and she gets paid for what she does.

Within the new shows announced along with the spin-off were a new late night show with Amber Ruffin, and an original talk show produced by Jimmy Fallon. Reality Blurred speculated it could be a spin-off that involves multiple cities’ cast members, or could be like all the others. The writer, Andy Denhart, wants a Road Rules type spin-off with housewives from all different cities. He wants to see the housewives travel cross-country in an RV which sounds like a recipe for drama. Fans will have to wait until an official announcement comes out from NBC.

‘Extreme Sisters:’ Why Do Patrix & Patrica Want To Move To Orlando?
Loren Brovarnik Gets ’90 Day Fiance’ Fans Raving About Her Style
‘Days Of Our Lives’ Week Of June 14 Spoilers: EJ Pleads His Case – Jake Caters To Kate
Meri Brown Is Feeling ‘Nervous’ After Leaving Kody
’LPBW’ Fans Swoon Over Tori & Lilah Roloff In Field Of Wildflowers