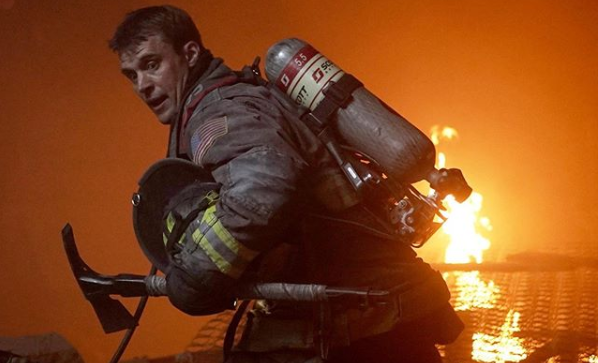 Fans of Chicago Fire are in for it big time when Season 8 picks up just after the finale. Season 7 ended with a cliffhanger. Most of Truck 81 had been trapped in the basement of a mattress factory nearing explosion. Season 8 will pick up right where Season 7 left off, leading to some devastating results.

It was life or death this time, confirmed by co-creator Derek Haas, “We’re in the basement, the boiler’s about to explode. There’s fire everywhere and all of our characters in jeopardy. It’s not one of those promotion fake-outs, which we’ve certainly been guilty of in the past. There’s going to be a real tragedy that will involve, not only our 51 family but also innocent people. This is a real nasty call to start out the season.”

It was also revealed that death was not the only concern. “There’s an injury that’s also bad” that has affected everyone involved.

According to Cheat Sheet, Matthew Casey (Jesse Spencer) and Kelly Severide (Taylor Kinney) are contracted for another season, so they’re unlikely to die. But, Christopher Hermann (David Eigenberg) and Darren Ritter (Daniel Kyri) could be the potential victims. At the end of the episode, they were standing in front of the boiler, Ritter ignoring Hermann’s pleas for him to leave.

It's almost time to SLAM-into-#OneChicago-again. #ChicagoFire

“Sometimes you write yourself, as they say, into a corner and you just say, ‘OK, you know what? I’m going to write this as a finale, and then I know I’m going to have a couple of months to think about how we’re going got resolve this,’” Haas told Us Weekly. “About two weeks after our hiatus started, I was talking to our head writers and that’s when we came up with where this was heading.”

The premiere is sure to have a somber setting, but it won’t last for all of Season 8. Severide (Taylor Kinney) and Kidd (Miranda Rea Mayo) got back together finally in the Season 7 finale. When the season picks up, they should be in a good place.

“I think he’s just going to try to live up to the words that he said to her in the finale. Just to be the boyfriend and the man that she truly deserves,” said Haas. “There’s going to be pressure on them, but it’s not pressure on their relationship as much as external pressure on them as people. All it’ll be about is the way that they support each other.”

Don’t miss the big return of Chicago Fire to NBC.