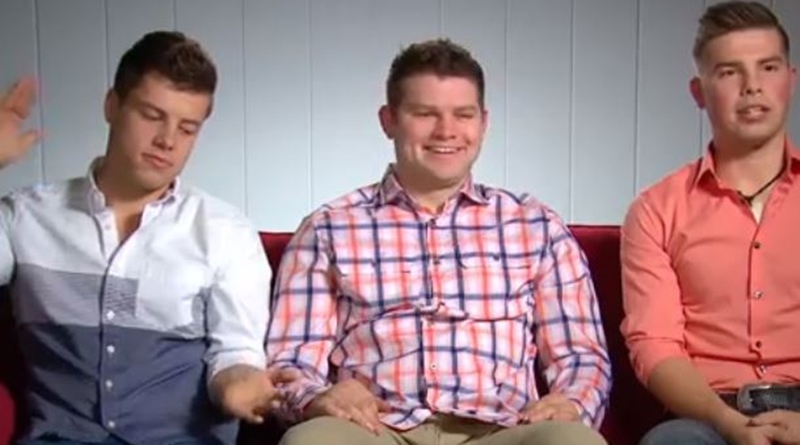 Bringing Up Bates Season 8 took a break but returned with the continuation on Thursday night. Fans love this big happy family, and many of them reacted to the first new episode with joy. Of course, with the odd tear here and there as well. Fun-filled, and mostly delightful family scenes seem to make fans of the UPtv show very happy once more, judging by their reactions.

The new continuation of Season 8 started, and quickly, comments started rolling in on Twitter. The episode touched on Trace Bates and a girl. Actually, TV Shows Ace noted we could expect to see something of Chaney Grace soon. We reported, “September brings plenty to celebrate for the Bates family. Their reality TV show by UPtv premieres on September 19 and we’ll see Trace introduce Chaney to the family.” We also saw the little bit of a tear-jerker, involving Josie and Kelton’s gender reveal party. Fans loved that, and one said, “So happy for Josie and Kelton!!!! 🙂 They are going to be amazing parents!!!! :-).”

Meanwhile, @doctor2fashion noted, “First episode of the new season, I’m already tearing! I know Kelton’s mom is watching over him and Josie. God bless this family. Looking forward to more new episodes this season. Love y’all.” Of course, we heard in July about the birth of Willow Kristy. (The baby’s middle name, Kristy, is in honor of Kelton’s mother, who died giving birth to her fifth child in 2009.) But it’s so nice for fans who love Bringing Up Bates to feel a part of it all.

Other scenes and comments from fans of UPtv

As we so often see with this extended family, lots of fun and energy gets expended. Fans love the games they get up to. “The cookie face game was so funny and cool how some of the guys actually could do it!!!! :-),” noted @lionessbrittany. Meanwhile, the games with the bow and arrows made other fans wish they were there enjoying it as well. One Bringing Up Bates fan noted, “Watching all of the boys compete is pure entertainment especially with their brother-in-law.” Then, another fan noted, “I always enjoy watching the I Love You Day episodes! Y’all come up with the best themes and games.”

Fans also had a lot to say about the costume party. The Bates family really know how to take things to the next level. “It will be hard to choose the winners of this costume party I’m sure!!” one fan commented. And, most fans thought Michaela deserved the win. “I can’t believe Michaela made that dress! It’s beautiful!” one fan noted. “Michealla and Brandon totally deserved to win!!!! 🙂 After all, Michaella took the time to make that dress!!!! :-),” shared another.

Plus, fans loved that Zach helped out all the girls in the kitchen, whipping up yummy meals. Also, the family out skiing and snowboarding brought a lot of fun to the show. This TV show looks to always inspire fans, brings much family fun, and good wholesome feelings. What did you think of the first continuation episode of Season 8? Did you thoroughly enjoy it as well? Sound off your thoughts in the comments below.