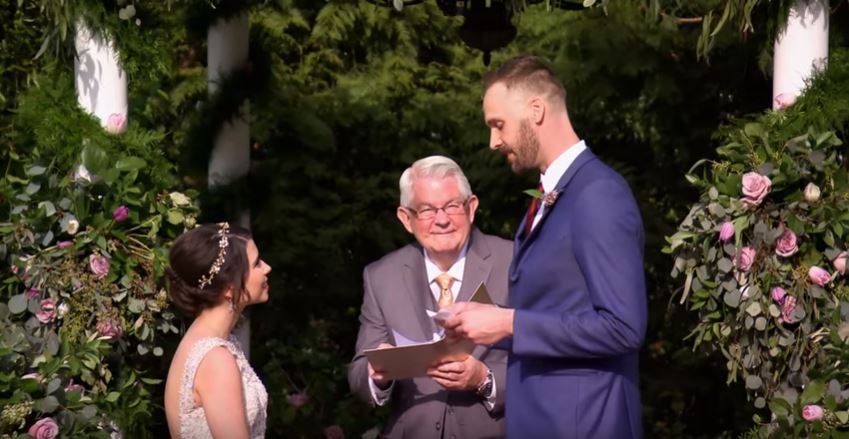 This week’s Married at First Sight Season 9 couples reunion episode on September 18 had some unexpected surprises from two couples, some healing for another, and pretty much the expected reactions from one more.  The couples were brought together two months after Decision Day, and the experiment provoked many positive lessons for the majority of participants.  Self-discovery is always a crucial part of any Married at First Sight season, and Season 9 had the most turbulent swings and unique situations of any previous runs of the reality show.

Getting back to good for Iris and Keith

Many fans saw a good chunk of the reunion segment with Iris and Keith through special Lifetime “sneak peek” features.   During the session, Iris sheds tears, still feeling that many of her questions and sense of inadequacy are not answered.   She poses a series of questions to Keith, asking if she failed in certain aspects.  Keith reiterates that she remains the “giving and authentic” person that she was from the beginning.

Iris eventually reveals to host Kevin Frazier that she fully expected to surrender her virginity to Keith and that he never broached the full importance of her status in their marriage.  Even more than consummating their marriage, Keith spoke that he was concerned about her relationship experience and maturity.  Iris was saddened that he determined not to “keep trying” and work through their issues past the eight weeks.  Keith confirmed that he missed Iris, and she at least got confirmation that he felt that they would not have succeeded in marriage.  They still seemed to have a kismet connection, as Iris still referred to him as “ex-husband” in her playful voice.

Later, in a video snippet, Iris declares that she is “good,” as she promised her groom she would be as they said goodbye to their apartment.  The Monsters and Critics outlet reports that Keith Manley, like Matt, may have been actively dating right up to the time of his involvement in the show.  The September 18 feature also reveals that Keith is a working musician, releasing songs just last week, but no one ever saw that side of him during filming.

Greg and Deonna took their Married at First Sight experience as seriously and steadfastly as possible, and their commitment paid off.   The couple was positively beaming as they entered for their reunion interview, and it only took moments for them to declare that they were still husband and wife.  The biggest news for this pair was that Deonna declared her love, using the actual word, for her husband.  A video snippet showed the very beanbag chair where the moment took place, and the family of three (including Sandy) all moved into Greg’s house happily.  Sandy stays downstairs so as not to provoke Greg’s allergies.

It took a special deed for Greg to openly profess love, even if everybody in Married at First Sight universe already knew it.  Deonna was a devoted sleuth a.s well as a wife when she located her husband’s Ray-Ban glasses before an outing.  “I love you” came as his natural response.

Deonna candidly revealed that it was the time away from documenting on camera that deepened the bonds of marriage.  Their commitment to “deep discussions” and spending time together, often revisiting the exercises provided by the experts, made a huge difference.

Greg and Deonna will have a big part in expanding the family soon.  Deonna’s sister, who was more than game for double-dating on the show, is expecting a baby with her longtime boyfriend.  Greg and Deonna are excited to become an aunt and uncle.

Matt and Amber have a tough truce

Matt Gwynne and Amber Bowles are basically where Married at First Sight fans expect them to be.   He still proclaims the “deep friendship” he has with Amber and does not admit that he had sex with anyone during their eight-week marriage, no matter evidence to the contrary.

Amber divulged that she did have a “crazy time” with friends after the mutual agreement to divorce on Decision Day.  Most importantly, she has learned to value herself as deserving of love and commitment and is open to love.  Matt is still finding solace with his guys,  and according to the same Monsters and Critics source, has sparked up a relationship with a former participant in the experiment.

One of the most telling caught-on-camera moments came when Kevin Frazier asked Matt about boundaries not working in the marriage.  “What boundaries?” asked the basketball player, bringing chuckles of confirmation around the room.

Amber is enjoying her new apartment, and she has a very sweet new roommate.  Her rescue dog, Lenny, is around for lots of snuggles and licks.  She introduced her pet in a tour of her new place, and Matt said he was glad that is ex-bride had lots of support.  Some of that support came from the other Married at First Sight brides, like Beth, who received information that she never wanted to relay.

Elizabeth Bice and Jamie Thompson loved deep and fought hard from the start, and some of their battles left scars, emotional and otherwise, along with splintered furniture.  Nonetheless, the lovely and quirky couple never gave up, and always came back to each other.  Deonna’s face was all the description needed after a clip was shown of the battle between Jamie and Beth after the day at the racetrack.  Beth almost got ballistic with Kevin Frazier for bringing up that painful evidence, saying that “I don’t even look at things like that anymore,” and refusing to answer questions, saying that she felt disrespected.

“We’re learning to love each other every day,” Jamie insisted.   Elizabeth explained how her husband had “mastered the clap-back,” giving her a dose of her own medicine when her language got too extreme.  Jamie and Beth nodded heads in agreement that patience and communication were the greatest tools they gained from the Married at First Sight leap.  They shared another big leap in their .lives– a move to the San Francisco Bay Area.

Jamie has gotten a job with Google, and the couple already has a new apartment in California.  Beth will not be working remotely for her father but will be looking for other opportunities to put her spirited determination in “showing up” to use.

Jamie and Beth shared that while they tried to blend their lives in Charlotte, there was almost an irreparable “crack” that came with the strain of marriage and the illness of Beth’s beloved dog, Lucy. Still, they held on in love.  This, the couple seems to do better without cameras rolling, so here’s to them rolling along for many years under California sunshine.

No matter how ready the couples felt for Married at First Sight, their own real-life marriages taught endless lessons that they are still learning.  Fans won’t that have to wait long before more couples give it a try.  Five couples from Washington DC will risk it all for love in January on Lifetime.