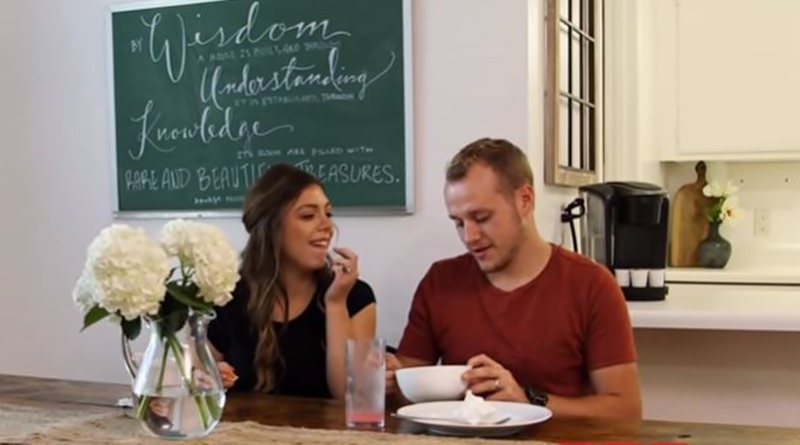 Counting On fans grew terribly sad when they announced that Lauren and Si Duggar lost their first baby in a miscarriage. The sad news happened in October last year. But, they didn’t wait too long for another baby reveal, and a new pregnancy announcement came out in May 2019. The next we heard was that they revealed the gender of the bundle of joy. Now, we hear from Lauren that they already chose a name.

The Duggar family made a world of television success through, well, making babies. Even prior to their old show, 19 Kids and Counting, Jim Bob and Michelle Duggar became TV stars through their obviously strong libido. And, while it seems the next generation of kids also work hard to build up their families by making babies, none of them managed to get close to 19 kids. You’d think that Duggar kids making babies would grow old by now. But, no – it always brings joy to fans of TLC’s Counting On, to hear of more babies on the way.

When Si and Lauren Duggar announced their new baby, delirious fans rushed to their social media to congratulate them. This was especially as the couple previously suffered a miscarriage. The couple expects their little one in the fall, so there’s not a long time to wait. Of course, fans hope all goes well with baby number two. The couple shares a joint account on Instagram, and they do quite a lot of updates over there on the latest pregnancy. More about the baby emerged yesterday after Lauren shared a post on 11 fun facts about her life.

After the new baby news got announced, in June we got a gender reveal. Today.com reported on it all under their title, “A miracle from God.” In that article, they wrote, “The sex of the newest member of the Duggar family was announced at a sweet gender reveal ceremony this week. Parents-to-be Josiah and Lauren Duggar shared the video on the family’s website.” As usual with the Duggars, much ado about the gender involved all the family, balloons, and other routine festivities. The Duggars must buy a lot of balloons, actually.

The new reveal announced to Counting On fans, that they expect a little girl. Between Lauren’s sister-in-law Kendra, Jessa Seewald, and Jinger, girls seem to be trending in the Duggar world at the moment. Sadly, Joy-Anna and Austin Forsyth lost their second baby as well, and that was also a little girl. But right now, for Sid and Lauren, all looks well as her pregnancy progresses well this time. On her latest IG post, Lauren revealed that they already chose a name for her.

I thought it would be fun to do 11 facts about me (Lauren btw 😊) that y’all may or may not already know… 1.I love Jesus with my whole heart.❤️ 2. I grew up in central GA on a little farm (love farm life).🐶🐓🐴🦆 3. I am the oldest of nine children (there are 4 girls and 5 boys). 4. I am a quarter hispanic (and no I am not fluent in Spanish, but I wish I was). 5. My middle name (Milagro) is in Spanish, it means miracle. 6. Met the Duggar family in 2010, at the ATI conference in Big Sandy, TX (so yes, I watched Josiah grow up; I remember him as the funny/talkative little kid😂). 7. I went to college when I was 16 and finished my Associate’s degree in Nursing at 18. 8. My secret talent is yodeling. 9. I love playing the piano and enjoy singing duets with my hubby. 10. I love doing decor and design, it’s a passion of mine. I love making a room/project look beautiful (can’t wait to show y’all the nursery).💖 11. My most favorite pass time of all, is spending time with my precious family (Duggar and Swanson side)-they’re my very best friends!!! What’s a neat fact about you?

What’s the name of Si and Lauren’s baby?

On her IG post, one fan asked Lauren if they chose a name for their baby yet. Lauren said that they have already chosen one. But, – Don’t hold your breath – they are keeping the name a secret for now. Who knows why? There’s nothing really mega-amazing about giving a baby a name, after all. So, frustrated fans just need to be patient and wait for the grand event to actually happen.

What do you think about Lauren Duggar saying she and Si already chose a name, but they won’t reveal it yet? Do you think it’s odd to keep a name a big secret? Sound off your thoughts in the comments below.