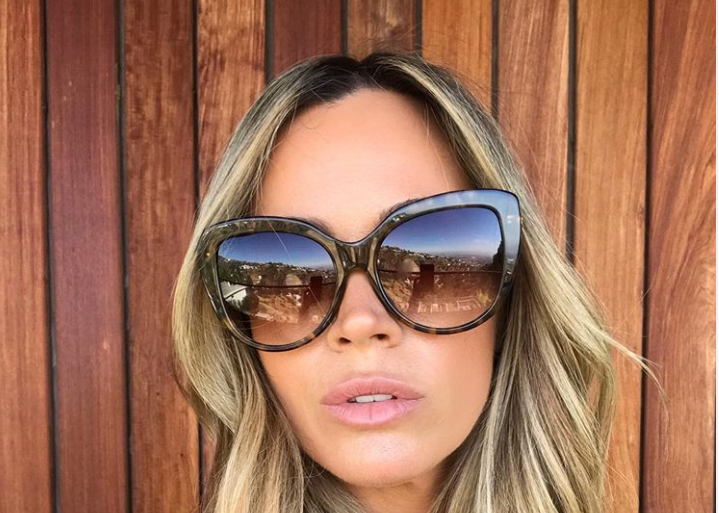 Teddi Mellencamp Arroyave is pregnant with baby number three! The RHOBH star posted a picture of a slight bump on Instagram with the caption, “Life is full of miracles– head to US Weekly to read about ours.” In an interview, Mellencamp said, “I’m in my second trimester, 14 weeks. Everything’s good and I’m in the clear, so I’m just starting to get to that point where I’m sharing with everybody. Plus, now I have a bump, so there’s not much more hiding I’ll be able to do!”

She had kept her pregnancy under wraps to make sure everything was fine with the baby. Teddi Mellencamp Arroyave didn’t have an easy pregnancy with Slate who is 6 and Cruz who is 5, so she needed to make sure all was well.

Why Is Teddi Mellencamp Arroyave Having A Third Baby Such A Blessing?

The third child for Teddi Mellencamp Arroyave is different because she went through IVF with the first two. This time she didn’t and the baby was a surprise. Her husband told her, “‘I don’t want to see you going through IVF again — that was brutal.”

Teddi said she had to go through so many rounds. She said, “This time we really weren’t doing anything! I was on vacation! Just having fun with my family! It was a complete surprise. I didn’t even know I was because I didn’t have a regular cycle.” The couple couldn’t be happier to add to their family. Baby will make six, which also includes ten-year-old Isabella from her husband’s previous relationship.

Teddi Mellencamp Arroyave had said she wanted another child, but she didn’t think she could make it through her IFV treatments and the number of miscarriages she suffered. When her son was born, he had a heart condition and spent some time in NICU. It was a scary concept to think about having another child.

As far as what her kids think she said they’re ready. The reality star said, “they’ve been talking about it for a long time and actually it’s been my son who’s been like, ‘Mom, we need to have another baby,’ and I never wanted to get his hopes up. So when we told him, he was through the roof. So excited.” She said, “they’re already calling it ‘their baby,’ and they have names picked for if it’s a boy or a girl.” How cute!