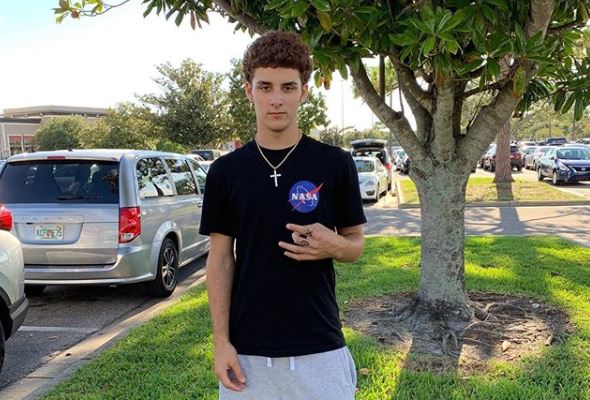 Unexpected on TLC has shown viewers that Anthony is a new dad. It turns out that his mom’s boyfriend Markos was recently arrested for murder. Starcasm shared the details about what happened.

How would you know Markos?

Markos was on a recent episode of Unexpected. Anthony was hanging out on a basketball court and Markos was with him. He was giving him a bit of advice about making sure the baby was his. Anthony did agree with him on what he had to say.

#UNEXPECTED Anthony needs to stop taking advice from his mother Rebecca's boyfriend Markos because Markos is currently in jail in Florida for murder! Get all the details on the terrifying home invasion allegedly orchestrated by Markos earlier this year. https://t.co/BdNytzIU79

Last month in Florida, Markos was arrested on murder charges. This is pretty shocking that TLC still showed him on the reality show after this happened.

So it turns out that he was part of a home evasion back in January. It actually resulted in the shooting death of 20-year-old Alexander Correa. In August, he was arrested by Orange County Sheriff’s Office and charged with first-degree murder. Markos was seen on the show Unexpected since then.

The court documents make it sound like Markos was part of the actual burglary. He wasn’t charged on that at all, but other people were. It turns out that he was actually the one who planned it all. Markos knew the person who lived there. He then talked some people into acting out this crime.

Starcasm shared what an officer had to say explaining it.

“There Markos provided the five with information on how to carry out a home invasion robbery, the layout of the home, and specifically which room to target, Kevin’s. Markos also suggested they should be armed…Markos and his accomplices conducted surveillance of the target home, driving by it the night before with Markos so that he could point out the right home.”

Before even going into the house, one of them shot a window at the home. There were even two children inside. The man attacked them trying to protect himself, but it didn’t work. He was shot several times and died later at the hospital. Markos wasn’t the one to pull the trigger, but since he planned it all he is still in trouble.

Rilah’s mom Rosa has made it clear she worries about Anthony. It sounds like he might not always be around the best company when he is at home.

Don’t miss new episodes of Unexpected on TLC on Sunday nights each week.