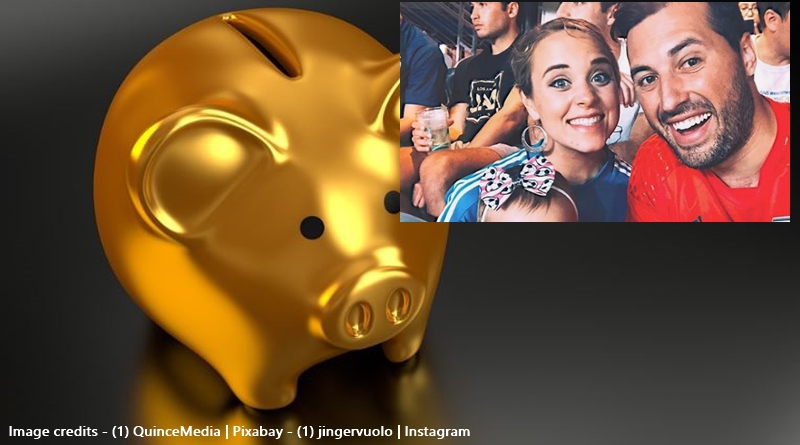 Counting On fans simply love Jinger Vuolo and her husband Jeremy. She’s got a sweet smile, an adorable kid and a strong relationship with her husband and daughter. Now, living in LA, we see her out and about, and the couple contemplates some kind of foodie show. With her massive fan base, that’s likely to succeed. But some people may be surprised to note she’s probably the wealthiest kid on the Duggar family rich list

The 19 Kids and Counting show, followed by the current series, Counting On brought Jim Duggar many haters. Mostly, it stems from the fact that daughters get married off with no opportunity to grow their own careers. Plus, they felt Jim handled the child molestation problems with Josh badly. Actually, The Hollywood Gossip notes that Josh’s on the family rich list as well. However, he doesn’t top it at all. Critical fans sometimes view Jim Bob as a hypocrite as he preaches austerity but rapidly expands his real estate empire.

Josh does okay with “several businesses and properties in the Tontitown/Springdale area,” and social media brings loads of hate. After all, they feel his infidelity, etc requires a punishment of some kind. But, if Jinger makes the rich list, it’s not likely too many people will hate on the Counting On star for it. Serious critics find nothing good in the Duggar family, even about Jinger. But mostly she’s unassuming and extremely popular.

We had a fun time at the @discovery #Serengeti premiere last night! And by the way, I can’t believe I get to stand by this incredible woman’s side.

According to Showbiz CheatSheet, “The sixth child of Jim Bob and Michelle Duggar has the highest net worth of all the kids with around $2 million of net worth.” That puts her ahead by double the worth of John David Duggar. The reasons probably relate to the fact that Jeremy played pro soccer. Plus, he’s a minister. Not all minsters live in poverty, as we know from the likes of Joyce Meyer Ministries. She sits at around a cool eight million net worth.

Jeremy’s very popular as a speaker as well, which no doubt racks in some cash. Then, the couple also earns from Counting On. Plus, their online popularity means they score off promos. Certainly, the polished but personable couple manages to keep fans invested in their promos by regularly communicating with them. Their adorable little girl, Felicity also attracts thousands of besotted fans. Certainly, for now, it looks like Felicity at least, may grow up in new clothing, and possibly get a decent education. For that possibility alone, Jinger garners more fans.

What do you think about Jinger Vuolo topping the Duggar kids’ rich list? Did that surprise you? Sound off your thoughts in the comments below.