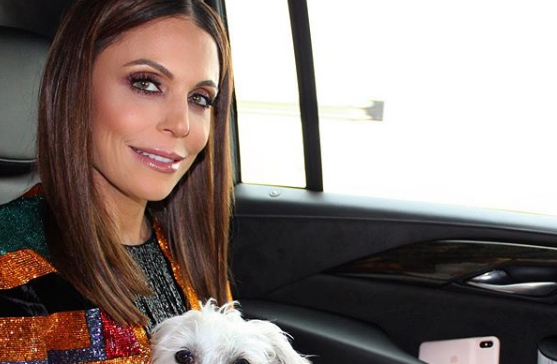 Andy Cohen has complete faith Bethenny Frankel will return to RHONY according to US Weekly. Cohen said, “we’re like the mob, you can’t get out,” on his talk show Radio Andy. He said he’s so thankful for the time she was on the show but made sure to remind fans she’s left the show before after Season 3.

Andy hinted Bethenny Frankel could still show up on RHONY despite leaving. “She’s so still a part of everything that’s going on that you almost could see her dropping in,” he said. “It’s like, ‘Oh, my God! OK! Here’s Bethenny at a party. Bethenny is on this trip.’ You never know. I look forward to her in any capacity on the show, and I’m just grateful that she came back at all. We all should be.”

Cohen clearly has a big space in his heart for Frankel. When questioned whether or not Jill Zarin was the reason Bethenny departed, he said, “she’s not existent in this conversation.” A source said Jill and Bethenny have made up and she’s been there for Jill after she lost her husband.

Frankel said she was leaving to move on and focus on her daughter. She wants to produce and star in shows and highlight the power women have. Fans will be happy if they get to see Bethenny Frankel on the show in any capacity, just like Andy Cohen said. A source close to Frankel said, “She wants to focus on being a mom to Bryn. She’s also got other business things going on and doesn’t need the RHONY paycheck.”

When Bethenny left she told her fans, “I am so grateful to you for sticking with me through everything. You started this journey with me in my tiny apartment in my late 30s, wondering what would happen to me. I was broke, single, had no family and no idea what the future held. Here’s to whatever comes next in Bethenny Frankel’s life.