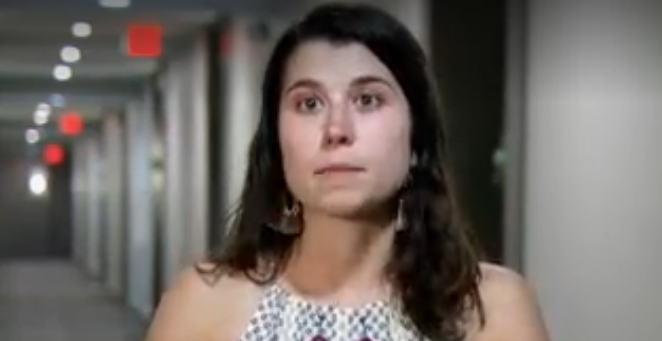 A sneak peek of Married At First Sight shows Matt Gwynne and Amber Bowles have some serious thinking to do. The clips shows an emotional Amber packing while Matt joins her. In the video, fans see lots of highlights of the middle school teacher and the former ex-professional basketball player. A lot of the beginning of the video is the couple making out and then as it progresses the cracks start to show.

What’s In The Cards For Married At First Sight’s Amber and Matt?

While things have been rocky for the Married At First Sight couple, Amber seems torn. There’s been a lot of turmoil with Matt staying gone and Amber having doubts. Still, the goodbye between them is truly emotional. According to Tv Insider Decision Day means reality is setting in.

In her confessional Amber says, “I’m feeling emotional. It’s time for me to really go think about things and reflect. Matt and I have gone through a lot, but it’s so good when we’re together.”

Speaking to Reality TV World Amber said she was shocked when Matt didn’t end their marriage at Recommitment Day. It was a new twist for Married at First Sight. The couple could end things early but they decided to stay together. She stated, “they were confused about the concept and didn’t realize this was an out without strings attached.”

Amber Bowles Was Candid In The Interview About The Relationship

When asked if she would do things differently looking back she said she probably wouldn’t have. She stated, “Had Matt and I met on a dating app, I don’t think we would have made it past the first date. But since I was married to him, I was committed to making this relationship work because I trusted that the experts put him in front of me for a reason.”

They asked Amber what she meant when she said Matt was “blowing smoke when he told the other cast members they had a deep meaningful connection.” Amber said, “On camera for Married At First Sight, Matt would say all sorts of wonderful things about me and about how he felt like we were such a great couple and about how we had so much in common. Off-camera, his personality is more dry, quiet and reserved.”

Mariah Brown Makes Rare Appearance On IG With A Strong Message
Jenelle Evans Denies Lip Fillers, Blames It On A Filter: See Photos
Netflix Reveals If It Will Save ‘Manifest’ From Cancelation
Nick Viall Gives Opinion On Blake Moynes Joining Katie’s ‘Bachelorette’ Season
Wait, Why Isn’t A New Episode Of ‘Extreme Sisters’ On?!