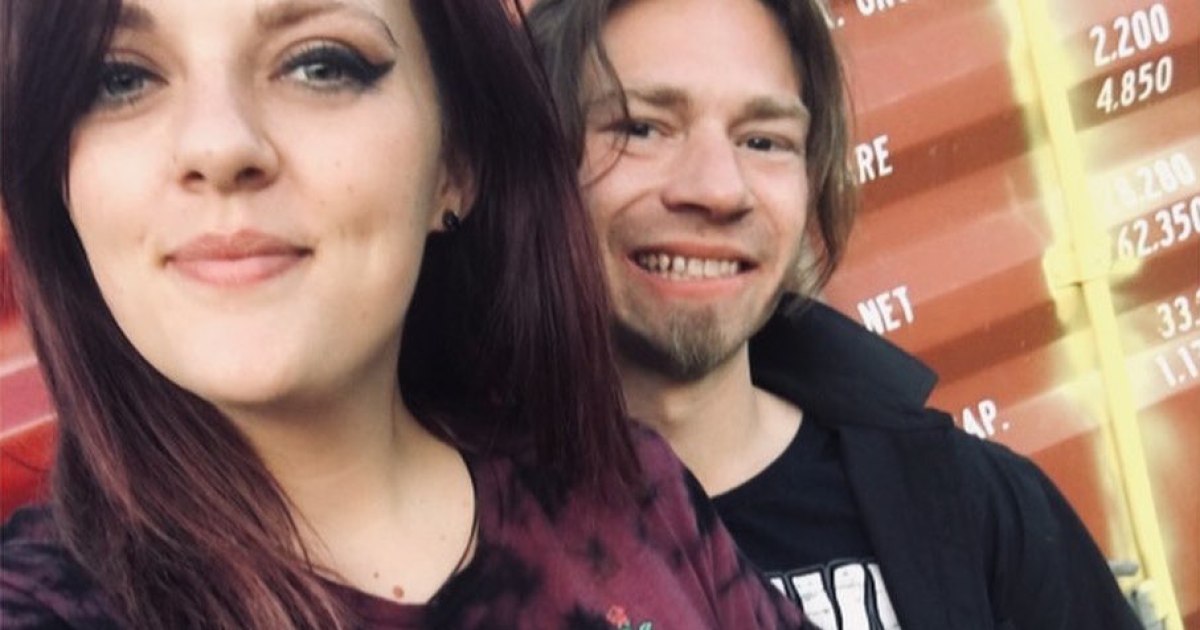 Bear Brown, a well-known reality star on the show Alaskan Bush People, is under fire from fans on social media, and his fiancé Raiven Adams isn’t having it. Though the couple have only been engaged for less than a week, being in the spotlight ensures a healthy amount of criticism.

Congratulations to Bear Brown and Raiven who just got engaged! 💍💕

Adams lashed out at the negative comments through a post on her Instagram page. Her account was quickly made private, as is Brown’s, so it looks like the two are trying to stay out of the spotlight for now. Adams’ post showed a picture of Brown on the ground while playing laser tag with Adams’ relatives. Adams’ accused Brown’s naysayers of being trolls in her post for making fun of Brown’s appearance.

“I’m so very tired of reading such nasty comments,” Adams wrote in her now-private Instagram post. “Bear is one of the most loving funny people I have ever met in my life. You see the 10% of his personality the show has provided. Because he isn’t comfortable sharing all of his personality, he doesn’t want to deal with hate and judgment.” True, reality TV shows are often accused of not showing the “true” personality of their stars.

“Making entire pages to make fun of people and disabilities and physical traits is disgusting,” she wrote. “I will not just let it go. I’m tired of hearing [it]. Just ignore it. Don’t let them get to you,” Adams went on. She continued her defense of Brown in her Instagram story, telling fans to stop watching the show if they hate the stars of Alaskan Bush People so much.

Adams accepts Brown for who he is, and she wants fans of the TV show to understand that. “You make fun of him for being silly, and different,” she wrote. “Enjoying the simple things, climbing trees and so on. He is okay with that because that’s not all he has to offer. And he knows this…he is such a good person! puts everyone else first, and never fails to make me smile. Here he is laying in the floor at the baby shower. Playing laser tag with my little cousins. Which was the highlight of the day.”

Adams also takes issue with fans that comment on the star’s questionable grammar skills. “You make fun of him, and a lot of us for punctuation. And anything else you can bring to light. Maybe to feel better about the sadness life has obviously brought you,” she wrote. “And I’m so sorry your life’s are so empty of good things, leading you to ruin the good things for others.”

Sounds like Raiven and Bear won’t be without criticism as their engagement progresses, but at least they have each others’ backs. Don’t miss new episodes of Alaskan Bush People on Discovery.

Anna Duggar Snubs Husband Josh On Father’s Day 2021
Duggars Break Social Media Silence Since Josh’s Arrest – See It All Here
Could There Be A TLC Birth Special For Jessa Seewald’s Fourth Baby?
‘Too Hot To Handle’ & ‘Love Island’ Premieres Will Battle For Views
Thirsty ‘Too Large’ Fans Agree Dr. Procter Is A ‘Daddy’