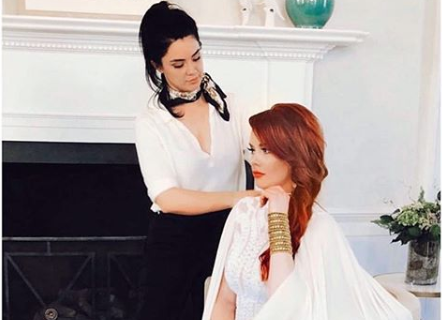 Kathryn Dennis finally got a momentary break from the custody battle with Thomas Ravenel. The judge granted them temporary joint custody and she’s been able to spend time with the kids. The reunion wasn’t a non-stressful experience for Kathryn as her co-star Craig Conover went after her. Craig and Andy went after her sobriety. Dennis admitted on camera she had been drinking again but wasn’t doing anything crazy.

Kathryn Dennis traveled down the road on Highway 41 when she got into a wreck. Dennis caused the wreck when she ran into a line of cars stopped in front of her according to All About The Tea. According to the article, her two small children were once again in the car with her.

thank y’all so much for watching us this season. y’all make it all worth it! stay gucci and stay tuned 🤭♟

What caused this car accident for Kathryn Dennis?

Kathryn Dennis speed didn’t exceed eighteen miles per hour when she struck the last car in a line of stopped cars. The strike to the car caused a chain reaction in four cars. It caused all the air bags in Dennis’ car to release. Kathryn was deemed at fault for this wreck. She received a citation for careless driving. She’s not had a great past month with the loss of her mother and breaking up with her boyfriend, Hunter Price.  This just seems like the icing on the cake for the reality star.

Kathryn Dennis is no stranger to having accidents in the car. In addition to the recent wreck she had in South Carolina, Kathryn had another wreck a little less than a year ago. Footage exists of her hitting a car and leaving the scene back before she got help in rehab. Thomas Ravenel used the footage in court during the custody hearing. In the wreck at the beginning of August, she struck a guard rail, three trees, two light poles, and came to a stop in incoming traffic. Luckily no one was hurt in that accident either.

With this being her second wreck in a month fans are worried. There is speculation Thomas could find a way to use it against her. Luckily, The Cheat Sheet reports no drugs or alcohol were involved in this wreck, just a case of Kathryn Dennis following too closely behind the car in front of her.