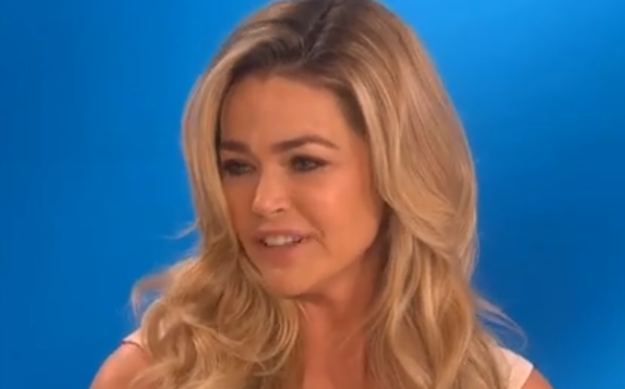 Denise Richards could be considered a breath of fresh air for this past season of RHOBH. The fans have said they loved how she kept it honest and brought something they could relate to.

Recently fans think Denise let it slip she would definitely be on RHOBH for the tenth season. On her Instagram, Denise Richards shared a picture of a Barbie doll and captioned it, “all us girls prepping for season ten of RHOBH be like.”

Seeing this picture made me think of #RHOBH 💉🥴 #MySecondSeason #Season10

Did Denise Richards Just Confirm She’d Be On The Show Again?

According to Reality Blurb, the Instagram photo in question was of a Barbie doll with a distorted face that says botched Botox. One commenter said, “I’m only watching another season because you are staying. You are the only one who is normal!”

After she posted the caption, she changed it. Now the post says, “Seeing this picture made me think of RHOBH.” She added the hashtag my second season and a lipstick emoji. As usual, fans don’t really know who will be coming back, but Denise has said she’d be happy to.

A previous report said Denise Richards had signed a four million-dollar four-year contract to continue on the show until 2022. If this is the case then fans will definitely see her for a couple more years at least.

Is She Leaving Other Projects To Focus On RHOBH?

According to a post on Ok Magazine, there were rumors Denise Richards may be giving up other projects to focus on RHOBH. She’s been on the soap opera The Bold and the Beautiful and recently rumors came out she was leaving the show. She’s certainly busy with a reality television show and three children to raise.

One fan said on Instagram, “please tell me you’re not leaving B and B.” She replied, “no I start shooting again really soon.” Denise Richards is a woman of opportunity. There’s no indication she’s slowing down on any of her projects anytime soon. This just means fans will get a good behind the scenes look at her life as an actress if she does return for the next season. In addition to being on B and B, she’s also announced she will be in an upcoming episode of the 90210 reboot.

Katie Thurston Shares Thoughts On Possible Engagement During ‘The Bachelorette’
‘Riverdale‘ Season 5 Netflix Release Schedule: What To Expect?
Wait, Is Lindsie Chrisley Divorcing Her Husband, Will?!
Lindsie Chrisley Spills: Will She Return To ‘Chrisley Knows Best’?!
Jeremy Vuolo Says He Risked His Life Over Rapids