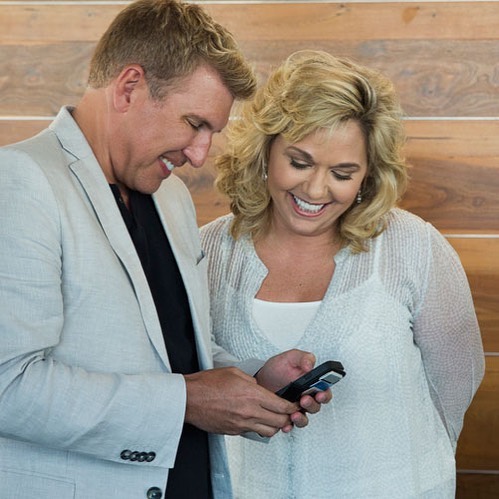 The fate of Chrisley Knows Best has been up in the air for days now. Rumors swirled they canceled the show.

Hours ago, Todd Chrisley took to Instagram to break his silence on the rumors. He reassured his 1.9 million followers they had nothing to worry about. No, they have not canceled the show. And his fans shouldn’t believe anyone that says otherwise.

The reality TV star added: “We are getting back to work after this distraction and our show hasn’t been cancelled.”

Toward the end of his post, Todd also thanked Chrisley Knows Best fans for their support.

“To each and everyone that has supported us on this journey we call life, we love you with all of our hearts, the kindness we have been shown yesterday and through this process has been overwhelming.” He concluded.

Todd Chrisley’s announcement has accumulated roughly 10,000 likes an hour since it was published to his Instagram profile. Over 1,000 comments have also poured in every hour for a total of just over 5,000.

Chrisley Knows Best fans quickly showered Todd and the rest of his family with love and support in the comments. Many expressed hope. They hoped Todd was speaking the truth as they didn’t want to see the show get canceled.

A few hoped none of the allegations against Todd and his wife Julie were true. Many praised Todd for posting such a positive message on his Instagram profile.

“Life is full of obstacles my friend. This one you will conquer without any doubt. Stay strong and fight. The truth ALWAYS prevails.” One supportive fan commented.

A second fan chimed in: “We love you Chrisley family!”

Several followers admitted they believed Todd and Julie were set-up by an angry ex-employee.

Unlike her husband, Julie has not broken her silence. She has not commented on the fate of Chrisley Knows Best on either her Instagram or Twitter. Fans want to hear from her.

She did, however, announce the release of a new episode of Chrisley Confessions. Notably, some of her followers found the timing of the release to be a little suspect.

Do you think the charges against Julie and Todd Chrisley are true? Are you relieved to know Chrisley Knows Best isn’t being canceled?

Stick with TV Shows Ace for all of the latest Chrisley related news!