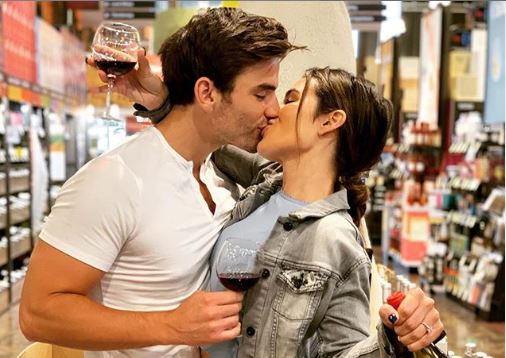 We are all suckers for a fabulous romance and cheer for a gorgeous couple who sails into the sunset and lives happily ever after. Ashley I and Jared are the real-life fairy tale. Resembling Kim Kardashian on her best days, Ashley I is the princess who fell head over heels for her Prince Jared. He cared about her as a friend for years.

Ashley I and Jared’s love story

Ashley and Jared are actually the modern-day version of the beloved and iconic movie When Harry Met Sally. Jared didn’t even realize he wanted Ashley until she left with Kevin Wendt on Bachelor Winter Games. As Refinery 29 summed up their tumultuous relationship consisting of friendship, lust and wanting what you can’t have over the course of several years both on and off camera:

“The story of Ashley I. and Jared is kind of the opposite of what Bachelor/Bachelorette producers have in mind when they try to match up people for our viewing pleasure — drawn out and mostly off camera. Iaconetti said she liked what she saw of Haibon when she saw him on TV, and when they both wound up on season 2 of Bachelor in Paradise (which aired in 2015), it was “love at first sight for her.” Unfortunately, he had just been disappointed by Kaitlyn Bristowe on his season of the Bachelorette, so he was a little less invested.”

The couple exchanged vows on Sunday, August 11 in a gorgeous Newport, Rhode Island wedding which is where Jared is originally from.  The newlyweds left for their Italian honeymoon the following day. Numerous members of the Bachelor family were in attendance at the wedding, including the couple’s friend, longtime Bachelor producer Elan Gale who officiated the wedding last minute. Tanner Tolbert was originally going to do the honors, but he couldn’t make it to the ceremony because of the birth of his son Brooks who Jade gave birth to in her closet at home only days earlier. Jade was supposed to be a bridesmaid.

I’m keeping my last name Iaconetti while in Italy.

Ashley and Jared have been sharing pics and video of their travels in Italian Paradise on their Instagram accounts. Here are a few of what they’ve shared on social media. 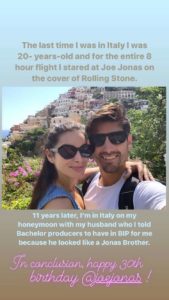 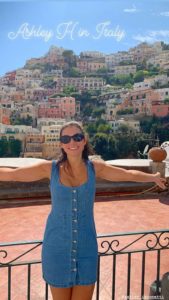 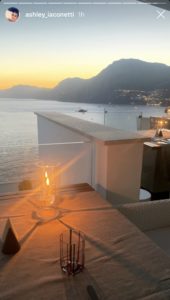 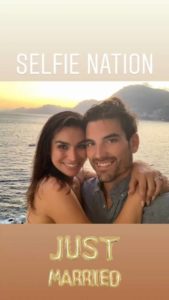 In one story, Jared said, “You know that we’re on our honeymoon, because the bathroom is in the bedroom.” They have been having a great time. You can see the water from their balcony. The couple has spent some time in beach chairs and just relaxing.

We wish Ashley and Jared Haibon a lifetime of love, good health and tons of happiness. And we can’t wait to see them reproduce. First comes love, then comes marriage, then comes a baby in a baby carriage. That will definitely be some really good-looking off-spring.