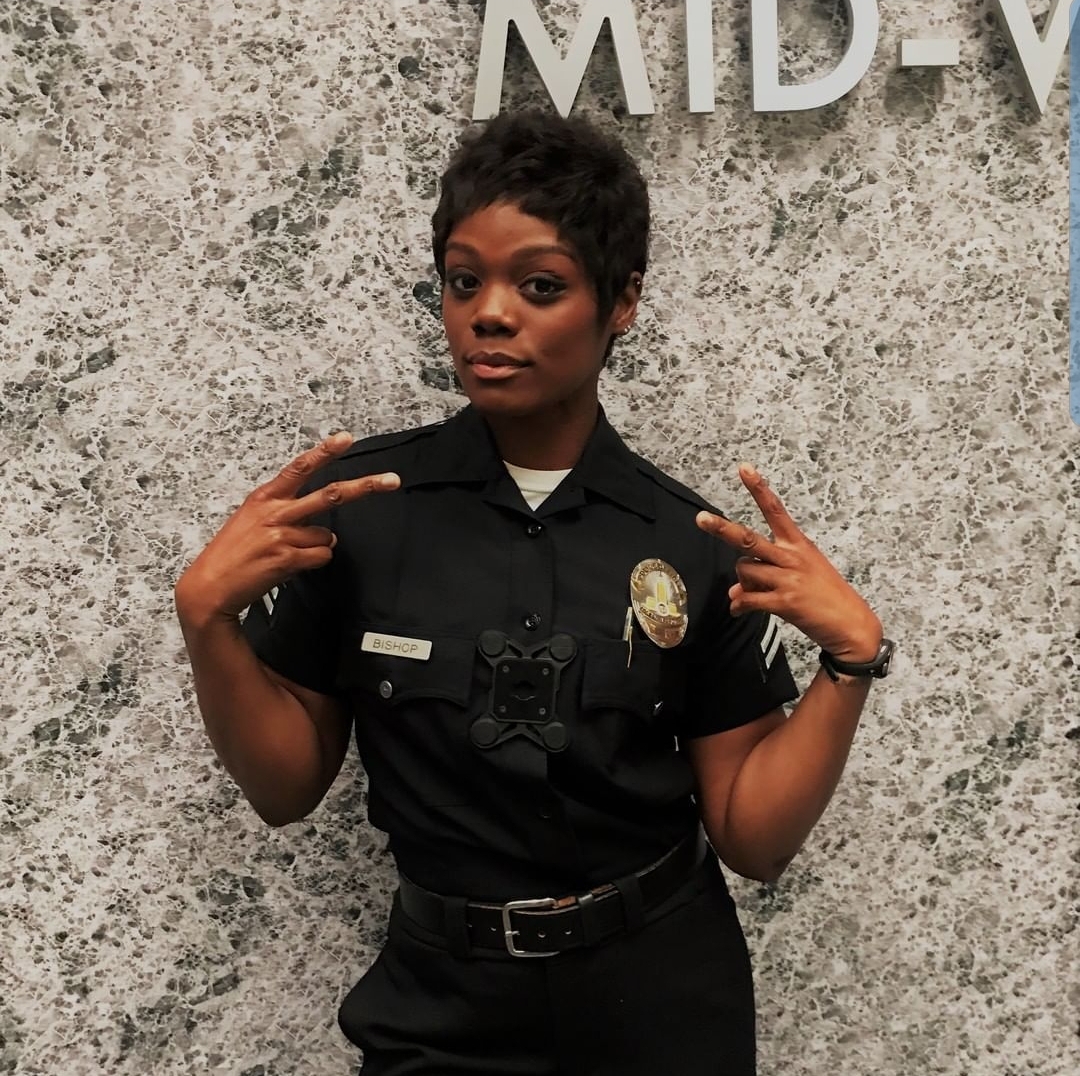 The Rookie began strong, but saw its number begin to decline as the series progressed through its first season. The Season 1 finale, entitled Free Fall, ended will fellow patrolman Tim Bradford, played by fashion model Eric Winter, being infected with a deadly disease as a result of a biochemical terrorist attack. Bradford is given an experimental cure that appears to be working. However, a look of weariness comes over his face before collapsing to the ground. The screen goes black and fans are left wondering what is to come of Officer Bradford.

With mediocre ratings, fans were anxious to hear news of a renewal after the season ended in April of this year. Their worries were short lived as ABC announced that The Rookie would return for a second season less than a month later.

The Rookie may be coming back for another season, but Nolan will have to complete his training without Field Training Officer Bishop. Afton Williamson recently announced on her Instagram account that she would not be returning for Season 2 of The Rookie. Williamson made claims of sexual harassment and racial discrimination that occurred while filming Season 1. Williamson named Demetrius Grosse, who plays Detective Kevin Wolfe in the series, saying,

“This season on The Rookie, I was sexually harassed by fellow actor Demetrius Grosse.”

Williamson also claimed she was racially discriminated against by Sally Nicole Ciganovich who is the Hair Department Head for the series. Because of all of this she left the show.

Message To The Fans

Williamson’s accusations were brief in her post to Instagram. Instead she focussed on thank her fans for their support. Her focus was aimed at the many victims of sexual harassment.

“I never imagined so many of us have experienced these horrible circumstances and that can NO LONGER GO UNHEARD. We have a voice. ALL OF US. It is our DUTY to use it.”

To my Fans, my Friends, my Supporters: I want to Thank EVERY SINGLE ONE OF YOU. I am so beyond overwhelmed by the outpouring of love, kind words, scriptures, strength filled quotes and devout support that has come my way. One Instagram post is just like those 2 fish and 5 loaves of Bread. The rippling effect it has had in just a few hours shows how much this world is aching with victims of racism, discrimination, sexual harassment, sexual assault, sexual abuse all of it. I am no stranger to all of the above even before this experience. But it is through this experience and my platform that God pushed me to use the power within me. It just takes a VOICE. I never imagined so many of us have experienced these horrible circumstances and that can NO LONGER GO UNHEARD. We have a voice. ALL OF US. It is our DUTY to use it. I used to fear the word Victim. I scoffed at it because all I was told when these injustices happened to me, was to Survive. Survivor I am. Victim I am also. A victim of injustice. A victim of assault. A victim of abuse and harassment. If you have experienced any of the above, you are too and I for one stand with you and I’m no longer afraid to be vocal about it. We Can Stand Together. Let’s Change This Sickness. That Change starts with US. This season on The Rookie, I was sexually harassed by fellow actor Demetrius Grosse. I was Racially Bullied and Discriminated against and Sexually Assaulted by Hair Department Head Sally Nicole Ciganovich. Let’s BE the CHANGE we WANT to SEE❤️👊🏾🙏🏾

It is unknown yet the validity of the accusations or what actions will be taken against the accused. One thing is for certain. Sexual harassment is not uncommon and change can only be made by those who choose to have a voice.