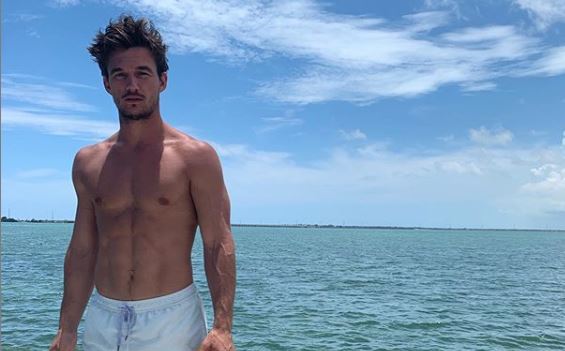 Tyler Cameron of The Bachelorette 2019 went on a date with Hannah B recently. Now, he is allegedly on a date with Gigi Hadid. If you don’t know who she is, Gigi is a famous model. She also the daughter of Yolanda Hadid. Yolanda was on The Real Housewives of Beverly Hills.

Reality Steve went to his Twitter to share about Tyler and Gigi allegedly on a date. He didn’t have a lot of information at the time, though.

This was just emailed to me on IG by (IG: artsandfood_nyc). No idea if it’s true, if others saw, or if there’s pics coming. But this person is claiming she saw them. Just wanted to put it out there for all to see. Hannah and Tyler fans – thoughts and prayers. pic.twitter.com/37d09ZQKRv

Fans waited on Steve to post more, but that didn’t happen. The Morning Toast did post an alleged picture of the two together. Here is what they shared.

That does look like Tyler Cameron, but some people feel like Gigi’s hair is darker than that. There don’t seem to be any other pictures out at this time.

Amanda Stanton of Bachelor in Paradise shared in the comments on this post how you aren’t allowed to take pictures at Soho. Someone risked their membership to take this picture. That could also explain why there are not any other pictures out at this time.

They have these restaurants in various places. There is a membership fee to be able to enter them. This is something that Gigi could obviously afford. It was revealed recently that Tyler and Gigi follow each other on Instagram. There could easily be truth to the rumors they are on a date. Other people are saying he is with a friend. Check out the photo below. 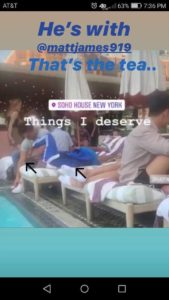 Will he be on Dancing With the Stars?

There have been rumors that Tyler C will be joining Dancing With the Stars. If he is in New York, then that could make sense. Tomorrow, Good Morning America will be announcing two people that will star on the new season. If Tyler is in New York, maybe he will be stopping by the show tomorrow. Everyone will have to wait until tomorrow morning to find out for sure. Even if he isn’t announced now, Tyler could be announced as a member of the cast later on.

Do you think that Tyler Cameron is on a date with Gigi Hadid? Share your thoughts in the comments. Don’t miss the new season of Bachelor in Paradise on Monday and Tuesday nights on ABC.