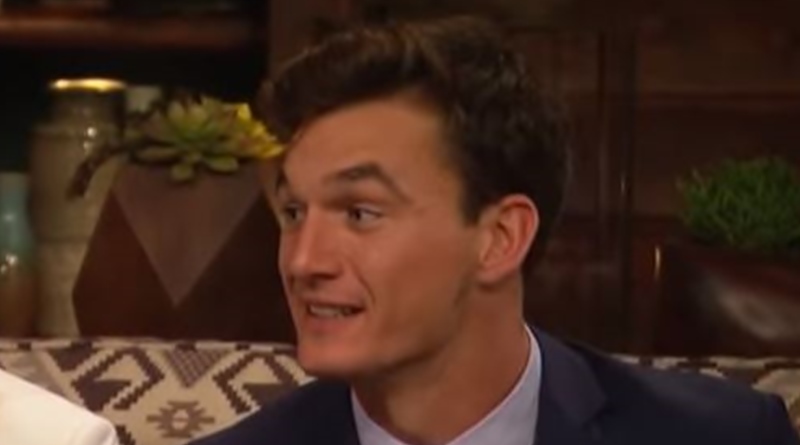 The Bachelorette ended up with Tyler C. losing out to Jed Wyatt. However, that went sour for Jed after Hannah B dumped him. Now, there’s some hope for Tyler as he and Hannah may squeeze in another date. They already had a long night of drinks together, and they may plan another. We’re not sure if that could lead to anything permanent yet. In the meantime, he talks about Dancing With the Stars.

The Bachelorette brought a messy season, Tyler C lost out to Jed

Bachelor Nation watched a terribly awkward season of the show, followed by a terribly awkward proposal. Then, we saw the news that Hannah B broke off her engagement to Jed. It all emerged via Jed’s previous girlfriend, also in the music industry, who said he cheated on her. While fans heard her side of the story, it came out that what he told Hannah was a different thing. So, Hannah felt it right to let him go.

Speaking on the TV Guide’s A Beautiful Podcast to Fall in Love, Tyler mentioned the way it is between him and Jed. As you can imagine, The Bachelorette‘s not the ideal place to make friends. After all, with one woman and all the men competing for her heart, it’s hard to imagine any of them becoming besties. Certainly, after Luke P left, the one common bond – loathing – also left.

As we know, Tyler knows how it feels to have a broken heart. Actually, he wept as he left the scene of his spurned proposal. It seemed that Hannah made up her mind well before, and she interrupted Tyler halfway through. So, now he knows the way Jed must feel right now. In the podcast, Tyler mentioned that he’s “sure he’s going [through] a tough time now, as well.”

The Bachelorette alum mentioned that they did speak to each other briefly and wished each other well. While they were “friendly” on the set, it wasn’t easy. As Tyler says, “Whether it was with me, or Jed, or Peter. I thought [Hannah] had three great men at the end, and I’m just disappointed to see how it all turned out.” Now, he feels that Jed, “needs his space, and that’s kind of how I’ve been treating it.” He added that he feels “sorry for Jed.”

Dancing With the Stars in Tyler’s future?

Right now, Tyler’s not sure if The Bachelor‘s in his future, saying, “That’s something I’d have to sit down and really kind of weigh out the pluses or minuses and see if that’s something I really want to do.” He mentioned that it’s a “lot to take on,” and he’d need to think about things carefully. In any event, nobody knows which direction the producers want to take the show.

However, it turns out that Tyler would love to compete on Dancing With the Stars. Not that anything’s got any certainty, but he dreamed of it for years. The Bachelorette alum told TV Guide, “As a kid, I always said I wanted to go on Dancing with the Stars and that football was going to be the way I got onto Dancing with the Stars.” As Tyler’s career in football came to a relatively quick end, now perhaps his Bachelorette experience might help him up the stairs. Hannah does live in the area now, so that would be great for them to work on their relationship.

Does Tyler stand a chance on DWTS?

Maybe Tyler can get in on the show, now he’s a known face on TV. What do you think about Tyler’s ambition to perform on Dancing With the Stars? Do you think he stands a chance? After all, we saw on Hannah B’s show that he’s actually really good at it. As for giving Jed some space, that’s understandable, as well. After all, Tyler C and Hannah talk about going a date, and Jed’s the one who got dropped by Hannah B. Any conversation between the two men could only be awkward. Sound off your thoughts in the comments below.