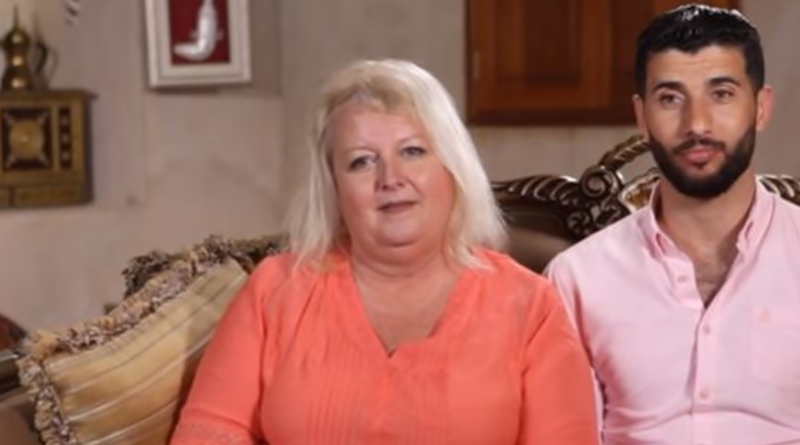 90 Day Fiance: The Other Way fans saw how well Laura and Aladin got along. Over on their Instagrams, they shared so many posts of them enjoying life in Tunisia. They vacationed in heaven and won a lot of fans. That’s why fans seem a bit surprised that Aladin now shows no posts of Laura on his Instagram. Plus he’s not following her. It all seemed to come about after the latest ‘Jiggy jig’ episode where Laura talked about her love life between the sheets.

90 Day Fiance: The Other Way so many cultural issues for Laura and Aladin

Many fans wonder if this is just another set of IG boomerang busts and deleting, blocking, unfollowing that’s synonymous with the show. Sometimes, like Ashley and Jay on 90 Day Fiance, TLC fans actually lose track altogether. The reason this takedown of pictures seems staged is due to that scene being filmed months ago. Did Aladin think they’d never actually screen it?

John Yates shared a photo of a quote that came from one of Aladin’s Instagram Stories. It said, “You can’t force someone to respect you. But you can refuse to be disrespected.” They must hand these cards out as so many people in the show use them. John pointed out, “Aladin wiped Laura clean off his IG feed – there’s no sign of her other than a pic in a highlight reel.”

Yes, he’s right. All those pictures and videos of them loving life together disappeared in an instant. That’s sad, as this couple really grew on 90 Day Fiance fans. But some of those people who follow John Yates either have experience in relationships with Arab men or are close to them. Some of them feel Aladin simply cannot accept being put down in public over his prowess, or the lack of it, in bed.

In the episode, we see Laura complaining she’s tired from jet-lag and all of that. But then she tells us she felt the need for some ‘jiggy jig.’ Okay, well, obviously she decided her young and virile young man was not so virile after all. Introducing the toy genuinely shocked him. Here was what one fan, @jlgulley88 suggested: “I commented on Facebook earlier that Arab men, in my experience, do not like women using s*x toys. Ego hit. Definitely not something she needed to put on tv.”

Another follower noted, “I kinda figured that would happen after the episode tonight. She was super vocal about his bedroom skills. I kept thinking he was going to be pissed once he watched the episode. ” Others noted that putting a man down from any culture over his ability, in public’s an insult. One fan, @mrscpagan, noted, “She basically said he sucks in bed to the entire world. That’s absolutely disrespectful to your husband of any culture!”

Why would Aladin only react to the 90 Day Fiance episode now?

The way Aladin reacted makes some 90 Day Fiance fans wonder just how much participants know about the show. Do they even see the edits? Like the rest of us, is it all a surprise when the final editing’s done? Could Aladin be unaware they intended screening this episode?

Meanwhile, other followers noted that Aladin’s blocked Laura in the past. Also, she still follows him on Instagram. These players in the franchise forever put up and takedown, and post and unpost. Quite often, this drama on social media happens before we see them suddenly appear in the cast for a new upcoming series or spinoff.

What do you think about Aladin taking down all those videos and pictures of Laura? Do you think he got blindsided by the production crew? Is it possible he never knew what was coming in the ‘jiggy jig’ episode? Or, is it just drama for the sake of more drama? Sound off your thoughts in the comments below.