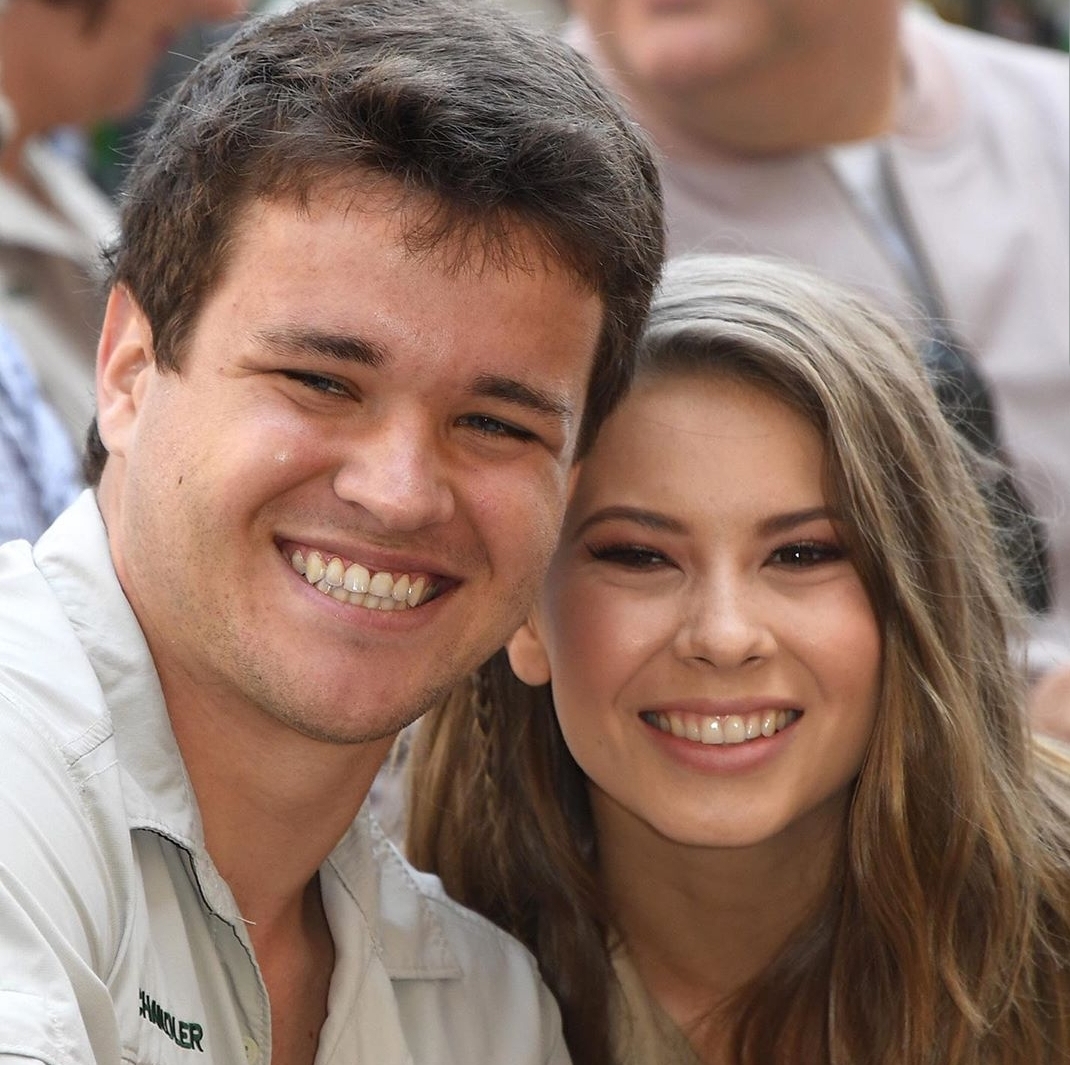 Bindi Irwin, star in the new Animal Planet Series Crikey! It’s the Irwins, recently announced her engagement to longtime boyfriend Chandler Powell. Irwin, who celebrated her birthday on Wednesday, made the announcement on Twitter saying:

“On my birthday I said ‘yes’ & ‘forever’ to the love of my life. Chandler, close to 6 years ago I fell in love with you & every day since has been a whirlwind of adventure & true happiness. Here’s to a lifetime of friendship, purpose & unconditional love.”

Bindi was interviewed by People on Wednesday to which she had this to say.

“I am overjoyed to be sharing the news that Chandler and I are engaged! This has been the most special day celebrating my 21st birthday.”

She continued by saying, “I’ve met my soulmate and I can’t wait to spend the rest of my life with Chandler. We’ve been together for nearly 6 years now and he’s my happily ever after.” This couple took their time before making this huge step in their relationship.

Bindi expressed how happy she was to find a man as great as her father was by saying  “He loves wildlife and conservation and he has this strength. Which is necessary when you’re jumping on crocs.”

On my birthday I said ‘yes’ & ‘forever’ to the love of my life.
Chandler, close to 6 years ago I fell in love with you & every day since has been a whirlwind of adventure & true happiness.
Here’s to a lifetime of friendship, purpose & unconditional love❤️ pic.twitter.com/eaI57xwYWm

Bindi Irwin is the daughter of the late Steve Irwin, star of the Animal Planet series The Crocodile Hunter. She has also been on Dancing With the Stars. Bindi’s mother and co-star of Crikey! It’s the Irwins went to Twitter to congratulate the young couple by saying how happy she was for her daughter. She went on to say that she knows Steve would be happy. Because of this, Bindi has to love what her mom had to say.

Best day ever! Chandler asked and beautiful @BindiIrwin said yes. I am so very happy, and I know Steve would be too. Congratulations!! pic.twitter.com/sN5sFnxZhI

Robert Irwin, son of Steve Irwin, went to Twitter to give his support. Bindi had to love how happy her brother sounds for her big news.

I am beyond happy for you two. You are true soulmates and have always been so completely perfect for each other. Love you both and congratulations 💍 pic.twitter.com/zrjXIFTegn

Powell was also interviewed and expressed how Wednesday was “the most perfect and beautiful day of my life.” After that, he explained his plan to propose to Bindi.

“After Bindi’s birthday celebration at Australia Zoo, we had a photoshoot organized to celebrate her turning 21. Just before we started the shoot, I took her to a special part of Australia Zoo to ask the girl of my dreams to become my wife. These past five years together have been the best of my life and we look forward to a lifetime of magical moments to come.”

The most beautiful surprise. Chandler and Robert worked together to capture the moment I said ‘YES’. We were in the gardens of Australia Zoo and it was beyond perfect. I never even knew Robert was there photographing and I’ll always be grateful to have these special memories of the most amazing day of my life. ❤️

You can see Bindi and the rest of the Irwins on Animal Planet’s new show Crikey! It’s the Irwins which has been renewed for a second season. The new season can’t get here soon enough!